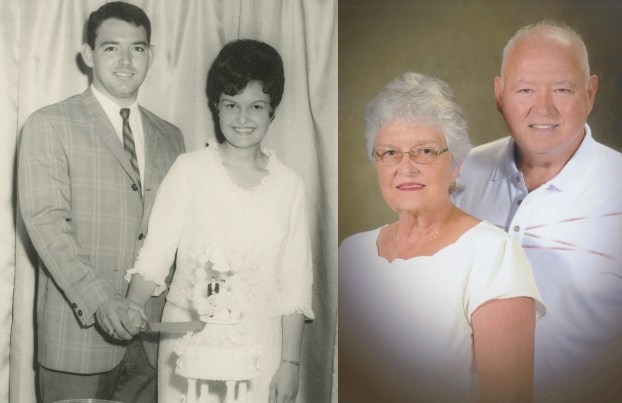 Oron and Bobbie Earnhardt, of Salisbury, celebrated their 50th wedding anniversary on June 18, 2016. They were honored with a  buffet dinner at the Speedway Club at Charlotte Motor Speedway. Entertainment was provided by local disc jockey Chris Sifford, of Salisbury, and The Randy Clay Band.
The Earnhardts were married on June 18, 1966 in York, South Carolina by Judge Lula Nunn. Now retired, Oron taught for 44 years in the Statesville, Cabarrus, Rowan-Salisbury and Mooresville school systems. Also, during this time, he coached football and track for 28 years. Bobbie worked as a teacher assistant and bus driver at Knollwood Elementary School for six years. She served as Assistant Register of Deeds for almost seven years, and retired as Rowan County Register of Deeds after 17 years of service.
Their children are Dale Earnhardt and wife Teka, of Rabun Gap, Ga.; Laura Earnhardt of Charlotte and Hope Brooks and husband Devin, of Landis. Their grandchildren are Dallas, Josie and Luke Earnhardt; and Ella and Linzie Brooks.