Rowan investigators looking into identity, cause of death of woman’s body found on Leonard Road 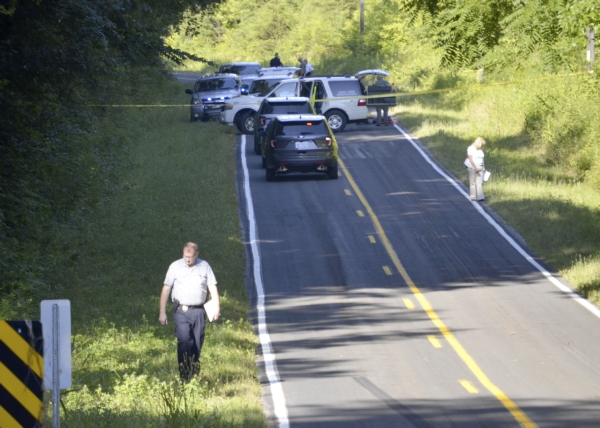 Rowan County Sheriff's investigators search the roadside where a woman's body was discovered by a passerby Friday morning in the 3000 block of Leonard Road, just into the wooded area to the right. Leonard Road is located off Long Ferry Road. Shavonne Walker/Salisbury Post

SALISBURY — Rowan County Sheriff’s investigators continue to look into the identity of a woman’s body found in a wooded area just off Leonard Road. A passerby saw something suspicious around 6:30 Friday morning and notified authorities.

The Rowan County Sheriff’s Office and Miller’s Ferry Fire Department were dispatched immediately to give possible aid, but the woman was dead, authorities said.

Investigators collected evidence at the crime scene and spoke with neighbors until about 11 a.m. when officials opened Leonard Road back up.

Authorities have not identified the woman or released details about her cause of death.

Investigators followed numerous leads, conducted interviews, and collected evidence throughout the day, with the goal of bringing to justice the person responsible for this death, said Rowan Sheriff’s Capt. John Sifford.

The victim’s body was sent to the State Medical Examiner’s Office in Raleigh where an autopsy will be conducted to confirm the cause of death and to aid in positive identification of the victim, Sifford said.

Of the handful of houses on Leonard Road, none are closer to where the body was found than Don McIntyre’s. He said the neighborhood is generally quiet and there are only seven houses on that part of Leonard Road.

He speculated that the woman could have been killed elsewhere and her body left in the wooded area. Authorities have not provided specific details as to what happened.

At the same time, he said, “it’s not up to me and it’s not up to the rest of us that are not law enforcement to make judgments on what did happen.”

Anyone with information in this matter or who knows of a female who is missing should call First Lt. Chad Moose, of the Rowan County Sheriff’s Office, at 704-216-8687, or go to http://tips.salisburyrowancrimestoppers.org/ to provide information.