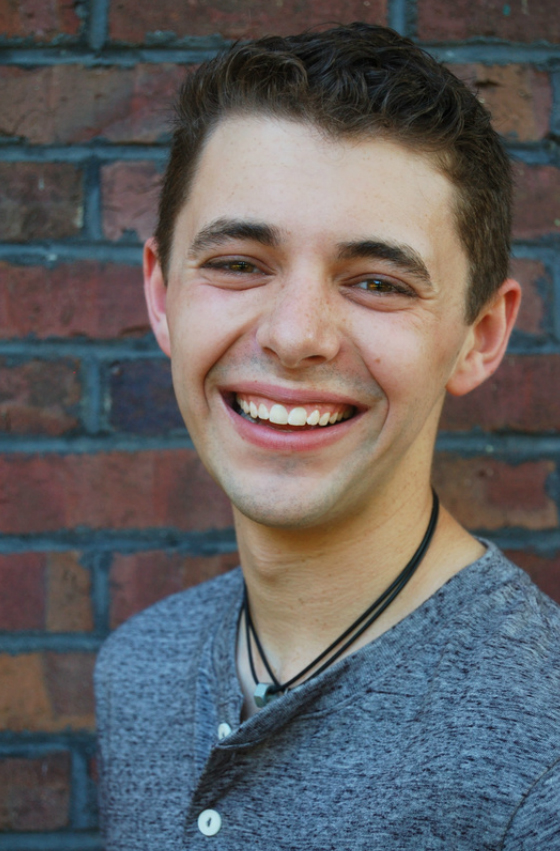 SALISBURY — Upon his first time entering Keppel Auditorium, Caleb S. Garner was in awe of the overwhelming spirit of the building. He walked down the house left isle, sensing the quiet anticipation and excitement left by years of performances as he approached the stage. Moving to downstage center, he gazed out into the house like so many performers before him, hearing the applause of a million Catawba College theater arts patrons from ghosts of shows past.

He knew that this was a place to dream.

His mother, on the other hand, saw the old 16-foot trestle ladder. “You will never get on that death trap,” she said of the structure, which has since been replaced.

The next fall, Garner climbed the ladder to hang a stage light and has been up and down the aluminum contraption ever since. Now a rising senior earning a bachelor of fine arts in design and production and bachelor of arts in theater education majors with a minor in special subjects education and concentration in lighting design, Garner recently received three of the theater arts department’s top honors at this year’s Catawba College Theater Arts Awards Ceremony and Banquet.

Garner was also the recipient of the Mary Snider Technical Design Award. The award is named in memory of Mary Snider, an enthusiastic supporter and patron of the Blue Masque for over 40 years. This award is given to a student for superior work in technical design for a major production. The award was given in recognition of Garner’s exceptional work as lighting designer for the production of “Godspell.” Garner was the only student qualified to receive this award for the 2015-2016 season.

“It was an excellent chance to be able to play with different forms and styles of lighting design,” Garner said “There’s nothing like seeing your conceptual work in psychological theory, philosophy, and script analysis actually happen before your eyes. At one point in the final dress rehearsal, I turned to professor David Pulliam and just squealed because I was so excited.”

Garner’s work as the sound designer and musical composer for the spring Blue Masque production of “Woyzeck” resulted in his becoming the recipient of the Huck Finn Award. Given for the most significant contribution related to music within the theater arts department, the honor is only awarded in years when the theater arts faculty finds work worthy of this award. Once again, Garner was the only student qualified to receive this award for the 2015-2016 season.

The last individual to receive the award was John Stafford, who has received the award three times.

“I guess I’ve got some catching up to do,” Garner told Stafford.

Reflecting on the past year, Garner remembered all of the work he has done. Garner opened the 2015-2016 Theatre Arts season at Catawba in the two-man production of “Barrymore” alongside Dr. Kurt Corriher under the direction of Craig Kolkebeck. Originally premiering at the Warehouse Performing Arts Center in Cornelius, the show toured to the Florence Busby Corriher Theatre on Catawba’s campus.

“Working under Craig’s direction was an actor’s dream,” Garner said. “I was so intimidated by Dr. Corriher because of the sheer amount of lines and emotion that he managed to memorize. With our stage manager, Tim Campbell, we had quite a powerful little quartet. “Barrymore” is my proudest moment on stage to date.”

In addition to working with Corriher, Garner was also able to work closely with another artist from outside of the department. During the production process for “On the Verge” and the conceptual process for the lighting designs for “Godspell,” Garner worked with Wally Eastland, an internationally active, professional lighting designer and member of United Scenic Artists Local 829 and the International Alliance of Theatrical Stage Employees.

Garner says that being able to work with so many different perspectives has allowed him to more fully develop his own design philosophy and make bold choices that define him as a designer. Garner’s most recent design was for the Blue Masque’s production of “Woyzeck.” Taking on the role of sound designer and musical composer is a challenge in itself, but this work was exceptionally challenging because of Garner’s involvement in the cast in addition to the production team. Influenced by John Cage’s theories of silence and minimalism, the designs had the merit to win the Huck Finn award.

“One of my favorite moments in the show was when ‘Woyzeck’ hears the piano for the first time,” Garner comments. “Just a few dissonant chords and some trilling created a dialogue between ‘Woyzeck’ and the voices inside of his head. He would call it into the darkness to be answered by the character of piano.”

Garner’s musical contributions to the college and community do not stop at “Woyzeck.” He is also a member of the Catawba Singers, the Catawba Chamber Choir, and the Catawba PopAC Choir under the direction of Dr. Phillip E. Burgess. For the 2015-2016 year, Caleb wrote two original arrangements of “Shut Up and Dance,” and “Moondance” for the PopAC choir. Garner regularly plays the organ in the Omwake-Dearborn Chapel for worship services and is a choral intern at First Presbyterian Church in downtown Salisbury, where he also occasionally plays the organ, conducts the choir, and sings in the bass and tenor sections. He recently performed the entire Brahms Requiem with the choir at First Presbyterian Church. Garner was also hired to sing backup for Broadway star Kristen Chenoweth alongside seven other Catawba students in January at a concert at Blumenthal Performing Arts Center in Charlotte.

“The performing and visual arts are embedded in my soul,” Garner says. “I cannot imagine a life without music, theater or teaching. They’ve become my identity, and I couldn’t ask for a better one.”

In addition to leading at Catawba and in the community, Garner also leads in the classroom. During the spring semester, Garner had the opportunity to teach theater classes with Alex Reynolds at Carson High School in China Grove. Reynolds and Garner share many ideas when it comes to pedagogy, but they also have another thing in common: They both had the same high school theater teacher who inspired them to be educators. Garner says that the experience reaffirmed his love for teaching theater.

“Watching my students grow through the semester is the most rewarding experience,” he says. “It’s almost indescribable. Having the opportunity to share what I love to a group of young minds who are just beginning to discover themselves makes you feel so important. I’ve learned as much from them as they have from me, I’m sure.”

Garner saw two of his students perform at the Salisbury Symphony’s “Musicals” concert.

When asked about Garner, Christopher Zink, chair of the Catawba College theater arts department and resident lighting designer and technical director, said, “Caleb is like buckshot. He goes in all directions, hitting everything.”

“I’ve done a lot of work this semester. I’m really happy with where I’m going, and no force on earth can stop me from getting there,” declared Garner.

Garner is known throughout the Salisbury community for his ability to take on multiple projects at a time and produce outstanding work. When asked whether or not he had any plans on slowing down, Garner had a very simple response:

Throughout his senior year, Garner plans to serve as the assistant musical director for Catawba’s production of “Reefer Madness,” design several shows for both Catawba College and Lee Street theater, and continue teaching on and off campus. After graduation, Garner plans to attend graduate school for his master of fine arts in theater, with a design and technical emphasis in lighting and sound. Garner plans to eventually teach and design professionally.

“I feel like I was put in this world to share what I love the most,” Garner says. “I’m so grateful that Catawba and the city of Salisbury have given me the honor to share my passions with them.”

Rife is a member of the Catawba College class of 2019.

There’s nothing quite as nostalgic as the last day of school. When the doors closed last Wednesday, a lifetime of... read more