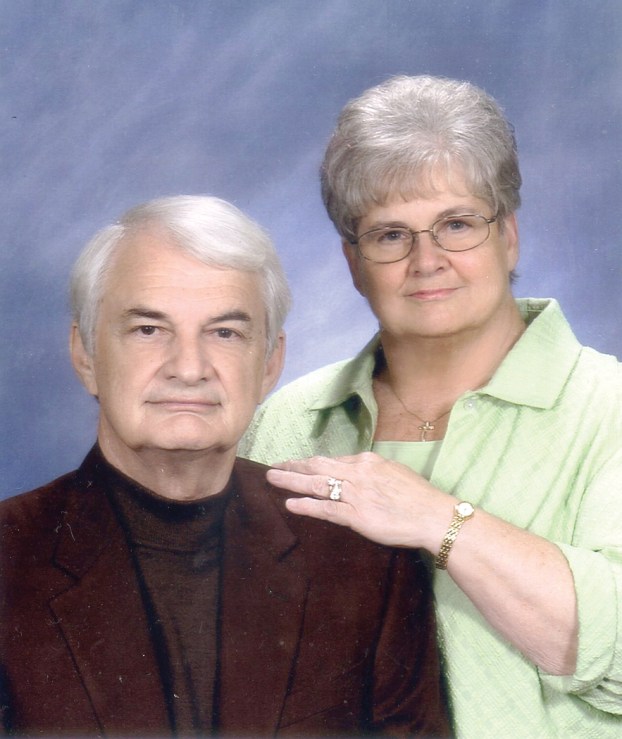 James William Trexler Jr. and Shirley Frye Trexler of Salisbury celebrated their 55th wedding anniversarySaturday, June 11, 2016.
The Trexlers were married at Ursinus United Church of Christ in Rockwell by the Rev. Roy C. Whisenhunt on June 11, 1961.
The son of the late James William Trexler Sr. and the late Julia Devereaux Trexler, Jim was formerly employed by Belk-Harry for 20 years For the last 37 years, he was employed by Ralph Baker Shoes until his retirement in March 2016. The daughter of the late Joseph Harold Frye and the late Katie Maness Frye, Shirley was employed for 25 years by Rowan Regional Medical Center in the medical coding department. She was the medical coding supervisor until her retirement.
The Trexlers have two sons, the late James William Trexler III and the Reverend Timothy Scott Trexler of Shelby. Their two grandchildren are Kari Elizabeth and Timothy James (TJ) Trexler.
The Trexlers will be celebrating in all the festivities surrounding their grandson TJ’s high school graduation onJune 11 and their granddaughter’s marriage on June 18 officiated by her father and their son, Tim. To God be the glory.

Jared Books graduated from the University of North Carolina at Charlotte with a Bachelor of Science in mechanical engineering technology.... read more