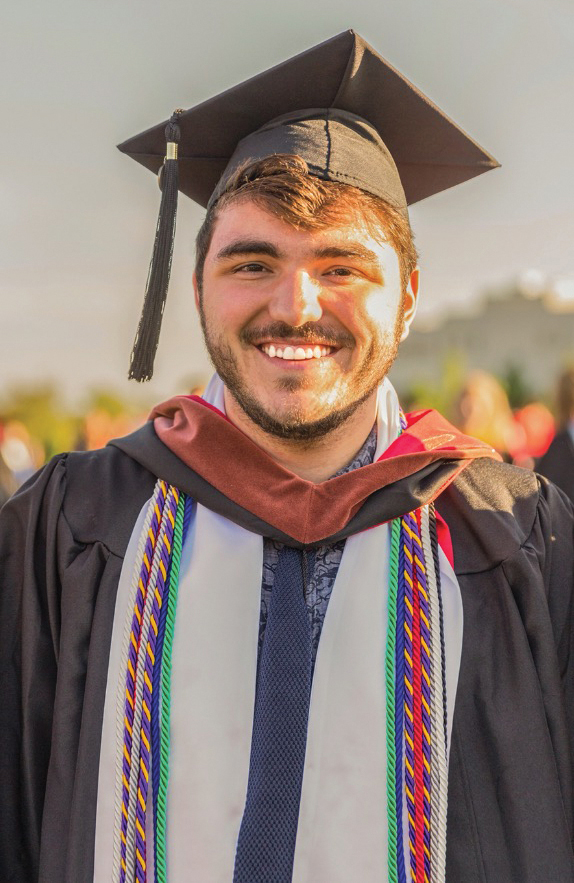 Garrett Scott Shue of Salisbury graduated from Liberty University May 14, 2016, with a Bachelor of Science degree in Graphic Design.
Garrett graduated as a member of the Zeta Kai Art Honor Society, The Freelancers Union, The Society for Experimental Graphic Design, The Collegiate Art Association, and the American Institute of Graphic Arts. While an undergrad Garrett received three American Advertising Awards for photography, digital manipulation, and packaging; he placed four times in Liberty University’s annual juried art show and was the first student in the United States to receive an Adobe Academic Achievement award for packaging design.
A 2012 graduate of North Hills Christian School, Garrett is the son of Greg and Cher Shue of Salisbury. He is the grandson of Larry and Brenda Shue and Ernest and Pasty Shepherd, all of Salisbury.
Garrett has accepted a position at Liberty University’s Marketing Department as a graphic designer for the athletics team. He will reside in Lynchburg, Va.