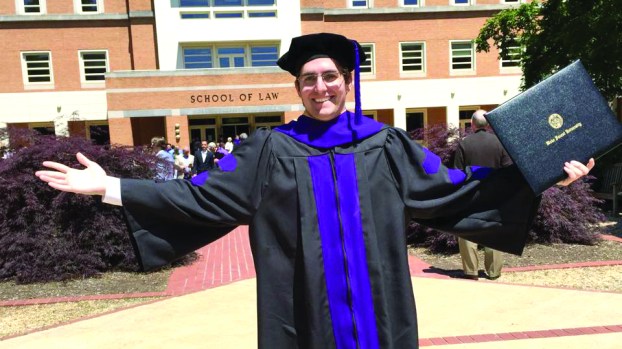 Readling Graduates from Wake Forest School of Law; To Clerk for North Carolina Court of Appeals
Timothy James Readling graduated Order of the Coif and cum laude from Wake Forest University School of Law with a Juris Doctor in a commencement ceremony held on May 16, 2016. The Order of the Coif is an honor society for law school graduates that finish in the top ten percent of their graduating class.
Readling has also accepted an offer to clerk for the Honorable Robert N. Hunter, Jr., of the North Carolina Court of Appeals after graduation.
While at Wake Forest on a full tuition merit scholarship, Readling received a total of six CALI Excellence for the Future Awards in Constitutional Law, Environmental Law, Professional Responsibility, Law & Medicine, Mediation, and Criminal Procedure: Investigations. CALI awards are reserved for the highest scoring student in a law school course.
Readling served on the Wake Forest Law Review, was elected to the law school’s Honor Council, was elected by the Honor Council to serve as Treasurer, served as a Teaching Assistant to Professor Andrew Verstein’s Business Organizations class, and volunteered with the Lawyer on the Line pro bono program organized by Legal Aid of North Carolina.
After his first year of law school, Readling served as judicial intern to the Honorable Richard L. Voorhees of the United States District Court for the Western District of North Carolina and was a Research Assistant to Professor Zoe Niesel. Readling returned to Salisbury after his second year of school to work with Wallace & Graham, P.A.
In 2010, Readling graduated cum laude with a Bachelor of Science degree in Business Administration from Catawba College. He is also a 2006 Salisbury High School graduate.
Readling is the son of Vicki Readling Medlin and Gary Alan Readling and the identical twin brother of Thomas Alan Readling.