Veteran to salute every grave at Salisbury National Cemetery 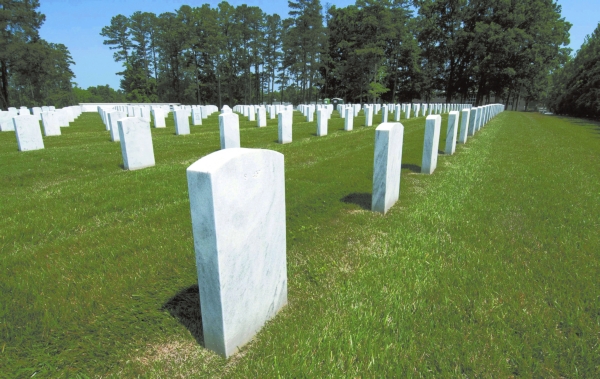 The National Cemetery in Salisbury

SALISBURY — Those visiting the Salisbury National Cemetery might run into a veteran who has made it his mission to salute every grave marker in the cemetery.

Corporal Zachary Cunningham, who lives in Mooresville, is a veteran infantryman who served as a Marine in the military. He decided to start paying his respects at the cemetery on Memorial Day and continued on Saturday.

“I didn’t even realize how massive the cemetery was until I got there,” he said.

Cunningham said he was disheartened by the negative images in the media and the negative views some people held about the military.

He said he wished more people understood the sacrifices people in the military make to provide freedoms that some take for granted. Doug Lawrence, a friend of his, had to watch the birth of his child using Skype instead of being there in person because they were deployed in Iraq.

Cunningham said soldiers are not mindless; they are normal people who may not agree with what the government is doing, but they do as they’re told because it is their job to do so.

“If we have to go fight, it’s to protect this country,” he said.

Cunningham said he just walks up to a grave, gives a salute in the most respectful way he can and moves on to the next one.

He has saluted about two sections of the cemetery so far and plans to salute every last one no matter how long it takes.

“It’s just the least I can do to pay my respect for the men and women and service animals that have given the ultimate sacrifice so that we can have the freedom that we have today,” he said.