Graduation 2016: She’s learned by fighting for what she wants 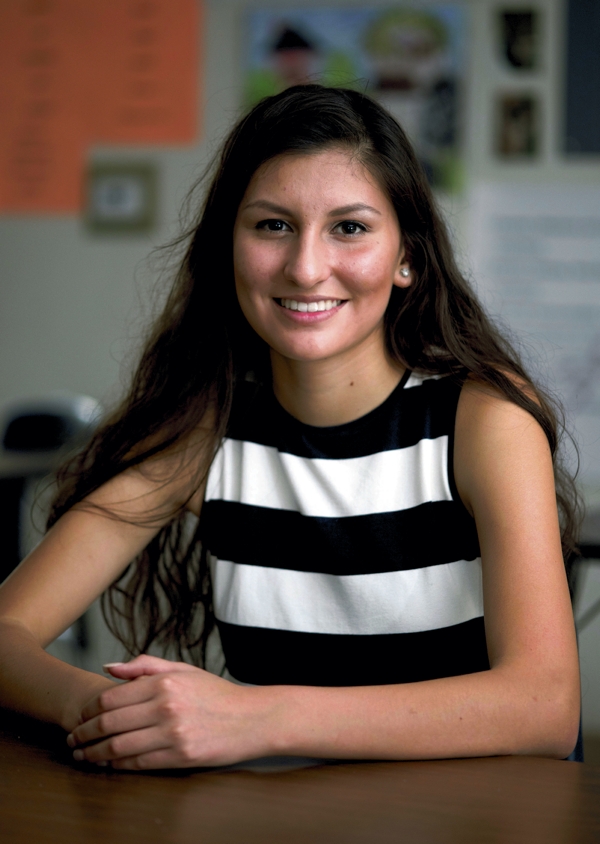 SALISBURY — Maria Delgado Tinajero, a senior at Rowan County Early College, pushes herself hard. She’s had to work and fight for everything, from her college attendance to a secure home.

“It’s something that most people don’t even have to think about,” she said.

Tinajero is undocumented. Her family moved to the U.S. when she was 2 years old, and Tinajero applied for deferred action when she was 12. She can still remember the long, drawn out application process, and said she still feels the effect of it. To Tinajero, Salisbury is home, and even though she was granted deferred action, she knows it’s something that sets her apart.

“That’s one of the things that has been the hardest, is understanding that I’m different from everyone else but I’ve lived here for 15 years,” she said.

But she’s determined to make something out of this life she’s built for herself. Children covered by deferred action are called “dreamers,” and Tinajero dreams big, and works hard.

“Nothing comes easy, nothing that I’ve ever done has come easy. So it’s taught me to just work hard and it’ll all pay off.”

Tinajero wants to become a doctor, and she knows there’s a long road between her dream and her high school graduation. But first, she has to get through college.

Getting financial aid as an undocumented student can be very difficult. Tinajero researched scholarships and financial aid specifically for “dreamers” like herself, and applied for as many of them as she could. And she had to do it all on her own.

“I didn’t have the help from my parents that a lot of students do,” she said.

Tinajero said her family was supportive, but she’s a first generation college student. She had to learn to how to fill out college applications, where to find financial aid and how to write personal statements on her own.

“I learned all that on my own, so I really became passionate about it,” she said.

With a wealth of collected knowledge, Tinajero gathered a group of other undocumented students at Rowan County Early College and doled out what she’d learned. When she leaves, the club will continue, stocked with information on applying for college and scholarships for next year’s crop of seniors.

At 17, Tinajero has earned a high school diploma and an associate’s degree, and she will start at Catawba College in the fall. If she lives off campus, she’ll have almost all of her tuition covered by scholarships.

Chapel Hill was her dream school, but Tinajero said that at a large school, she’d be just another number.

“I realized at a smaller school I’d be able to define my story,” she said.

She loved working with and advocating for other undocumented students, and wants to leave her mark on Catawba’s community with her story. Tinajero will be the first person in her family to graduate college, and she has a lot of people looking up to her. She jokes and tells her 10-year-old brother that he’ll have to go to an Ivy League school.

But Tinajero’s journey starts now, and she’s determined not to have regrets.

“I’ve always wanted to reach for those higher things, you know, just go for it all. I don’t want to regret anything when I’m settled down,” she said.