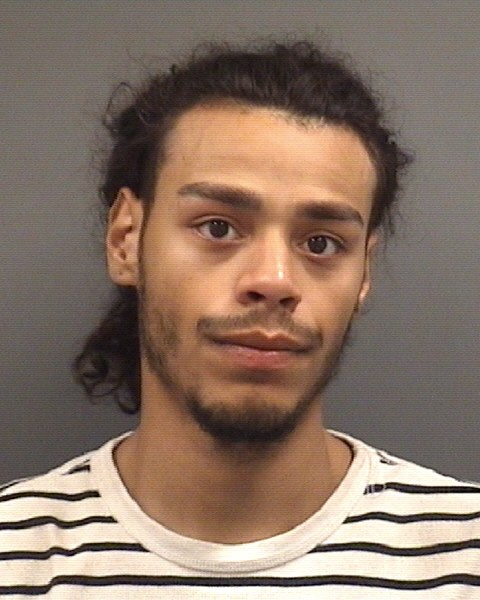 CHINA GROVE — A man was arrested on five charges after he was pulled over for driving with with a revoked license.

The Rowan County Sheriff’s Office reports that on Sunday deputies arrested Quentin Gulledge after a scanned license plate number brought up a notice of a suspended driver’s license. Gulledge told the deputy his license was suspended, but said he had to pick up his child from his sister’s house. According to reports, Gulledge appeared to be extremely nervous and “animated,” rubbing his hands together and fidgeting with his legs.

As the deputy walked back to his vehicle to check Gulledge’s license, he reported smelling marijuana from the back section of the car. When asked about the smell, reports say that Gulledge got “more nervous and began rubbing his face and forehead with both hands.”

Gulledge told the deputy that he had a few grams of marijuana in the trunk. When asked if he had anything else illegal on him, Gulledge admitted that he had a gun in his left pants pocket. Deputies reported that the black handgun had at one time been pink, and been recolored. The serial number was defaced, but the gun did not come back as stolen.

Deputies found 19 grams of marijuana in a vacuum sealed bag in the trunk and several smoked blunts in the car. A rolled blunt was also found in the sock of the vehicle’s passenger, Alden Upright. Upright was cited for the blunt and released.