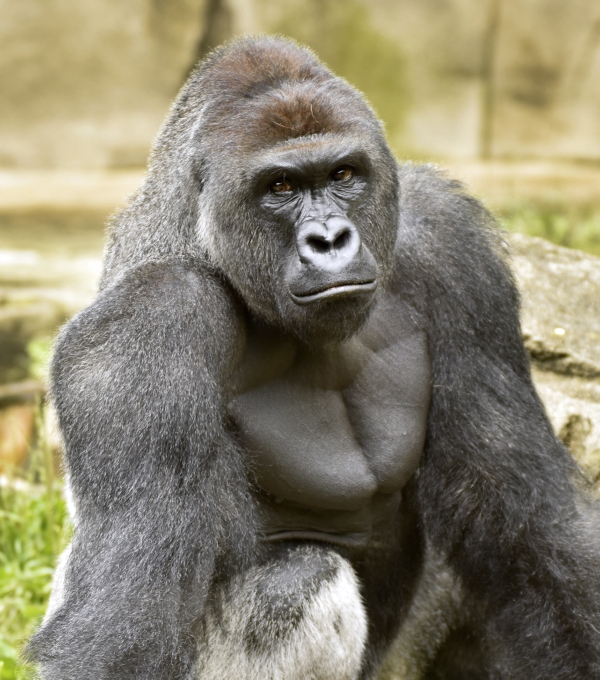 Harambe, a western lowland gorilla, was fatally shot Saturday to protect a 3-year-old boy who had entered its exhibit. (Jeff McCurry/Cincinnati Zoo and Botanical Garden via The Cincinatti Enquirer via AP)

Dart to difficult but necessary choices. The staff at the Cincinnati Zoo killed one of the zoo’s prized gorillas Sunday after a 3-year-old boy somehow climbed or fell into the gorilla’s enclosure. Enraged animal activists say the zoo should have rescued the boy without executing the 17-year-old gorilla, named Harambe. Zoo officials contend that a tranquilizer shot would not have taken effect immediately, leaving the child still at risk. Meanwhile, the gorilla was becoming increasingly agitated. Questions remain about the mother’s supervision of her child and a safety barrier that can’t keep out a 3-year-old. But footage of the huge animal dragging the small child across the enclosure and through water is terrifying. The boy’s little body could not have taken much of that. Clearly zoo officials had to do something to save the boy and do it fast. It is tragic that an innocent animal that meant no harm had to lose his life, but there was no quick, effective recourse. Anyone who thinks sparing the animal’s life was more important than getting the child out safely has lost perspective.

Laurels to the arrival of June. “Spring being a tough act to follow, God created June,” sportscaster and writer Al Bernstein once said. June is a month of happy anticipation — high school commencements, wedding ceremonies, vacation plans and vegetable gardens. Days are long. The summer stretches out before us, full of possibilities. It’s time to put on shorts and flip flops and feel like you’re on vacation even when you’re not.

Dart to Donald Trump’s condemnation of people who work to hold him accountable, the media. To upstage a Fox News debate that he was boycotting, Trump held a fundraiser in January to benefit veterans organizations. At the end of the show, he boasted that more than $6 million had been raised, including $1 million from himself. When Trump finally disclosed Monday where his organization sent the money — actually $5.6 million — he lashed out at the journalists who had been asking the Trump organization for details and reporting the paucity of answers. Trump said he had delayed disclosure because some of the groups needed to be vetted first and, after all, he didn’t want to take credit for it. That’s laughable. The man doesn’t have a modest bone in his body. Many a politician has scored popularity points by attacking the media, but the condemnation of reporters trying to get the truth from Trump on this sensitive subject — keeping his promise to veterans — might be a bridge too far.

Editorial: Ketner a lion of a leader