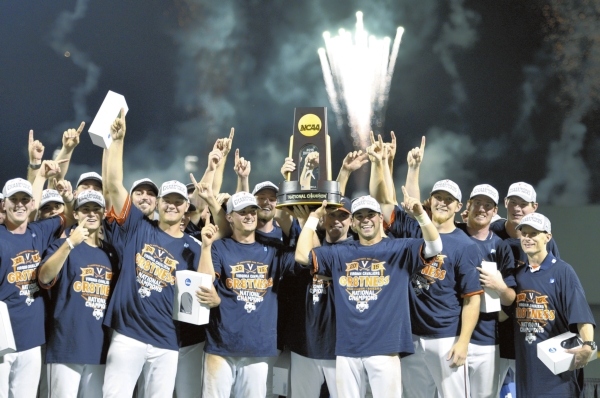 OMAHA, Neb. (AP) — Florida will have to break the curse of the No. 1 seed to win its first national championship in baseball.

The Gators were awarded the top seed in the NCAA baseball tournament Monday, leading a record four Southeastern Conference teams among the eight national seeds. Florida (47-13) was ranked No. 1 in the polls for most of the season and finished runner-up to Texas A&M in the SEC Tournament.

The Gators have been a national seed seven times under coach Kevin O’Sullivan, including No. 1 in 2012. No top seed has won the championship since Miami in 1999, the first year of the current tournament structure.

The 16 regionals are Friday to next Monday and include four teams playing a double-elimination format. Regional winners advance the next week to best-of-three super regionals, which will determine the eight teams moving on to the College World Series in Omaha beginning June 18.

The 64-team field is made up of 31 automatic qualifiers and 33 at-large selections.

Ten ACC teams are in the tournament, tying the record for most from one conference.

“I’ve never seen a league as strong as this year,” 37th-year Florida State coach Mike Martin said. “Ten teams is quite an accomplishment.”

North Carolina nearly gave the ACC an 11th entry. At No. 19, the Tar Heels (34-21) have the highest Ratings Percentage Index ranking of any team ever snubbed. The RPI is one of several metrics the selection committee uses to determine at-large teams.

Selection committee chairman Joel Erdmann said the Tar Heels were the first team left out after following an 18-2 start with a 16-19 finish and fifth-place finish at 13-17 in the ACC’s Coastal Division.

“What makes it unique is they are within the top conference in the nation, but when you really break down their field of work, their resume, they within the conference struggled a bit,” Erdmann said. “You’re looking to find reasons to pull them in (but) they didn’t perform well against the best teams in the league.”

Four teams are in for the first time as automatic qualifiers: Fairfield (32-24) of the Metro Atlantic Conference, Alabama State (38-15) of the Southwestern, Utah Valley (37-21) of the Western Athletic and St. Mary’s (33-23) of the West Coast.

Western Michigan (22-32) upset Kent State in the Mid-American Conference title game and is one of two teams that made it as automatic qualifiers with losing records.

The other is Utah (25-27), which won the Pac-12 regular-season title — the league doesn’t have a conference tournament — with a 19-11 league mark. The Utes are in their fifth season in the Pac-12 and finished last each of the previous four, never winning more than seven conference games.