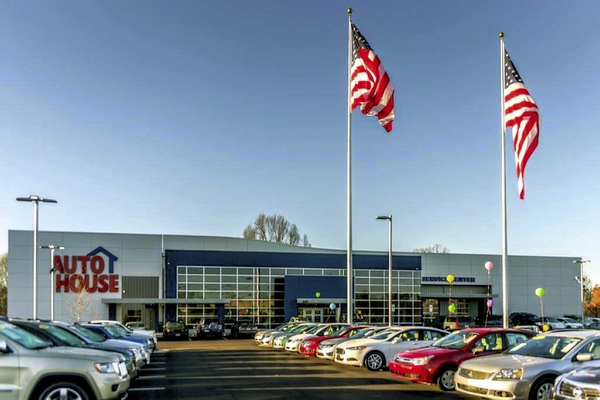 The Auto House dealership in Mooresville opened in 2014. Submitted photo.

SALISBURY — When James Defriess bought his Toyota 4Runner from Auto House car dealership in Salisbury, he was happy, until a week later when the transmission began slipping. He took the SUV to his local Toyota repair shop and learned the 2015 vehicle previously had flood damage and the engine had been replaced. He was never told of the damage from Auto House.

Defriess and dozens of others have filed complaints with the N.C. Department of Justice accusing the Salisbury used car dealership of not disclosing damages to cars and intentionally employing a bait-and-switch scheme to get people into the dealership in hopes of buying cars under the guise of promising them money, a car and other prizes.

It’s not the only issue customers have recently revealed about the dealership regarding its Salisbury location, Asheville and Mooresville locations. The state Department of Justice is investigating the dealership.

The Post obtained over a half a dozen complaints from customers of the Salisbury location.

Consumers say Auto House replaced inexpensive vehicle emblems with higher ones in order to mark up the price considerably — in some cases by $1,000 to $5,000.

“Our Consumer Protection Division is troubled by what consumers have shared with us about these dealerships and is investigating,” said a justice department spokeswoman.

Defriess said liked the Toyota 4Runner and even bought an extended warranty.

Defriess’s local repair shop searched a Toyota database and determined the vehicle had been driven off into a pond. The details were not disclosed on Carfax or Auto Check, both of which provide a record check for vehicles for individuals and businesses.

The SUV had been driven into a pond and Geico insurance paid $17,000 to repair it, the database showed.

“They denied it and said it was not on Carfax,” Defreiss said of Auto House.

Despite repeated calls and emails to Auto House, no one responded to a Post reporter’s request for comments to specific questions.

Defriess said he told Auto House about the rust that was still on the components of the truck. He even showed Auto House what his repairman discovered on the Toyota database.

He said he got the run around, but then an Auto House representative admitted one of the owner’s relatives bought the car brand new, when the wife became pregnant they bought a new, bigger vehicle.

“The people who work there probably were told that. That’s maybe what they were told, but I said ‘I need to return this.’ I told them I didn’t buy a flood vehicle,” Defriess said.

“It should’ve just been totaled,” Defriess told a Post reporter.

Defriess took his complaint to the Better Business Bureau and then on Sept. 18, the Randolph County resident filed a complaint with the N.C. Department of Justice’s Consumer Protection Division. In late September, Auto House responded to the agency claiming when they buy vehicles through auctions, Auto House can only disclose problems if those problems are disclosed to the car dealership.

Defriess told a Post reporter he was glad Auto House paid off the loan and took back the damaged vehicle, but he said the dealership gave him the run around and he would absolutely never go back or recommend the dealership to anyone.

He’s not sure if the only reason the dealership agreed to pay off the loan and take the vehicle back was because he told them he had contacted an attorney.

Any consumer who experiences a problem with Auto House is encouraged to file a complaint with N.C. Department of Justice, either by phone toll-free within North Carolina at 1-877-5-NO-SCAM or online at ncdoj.gov.