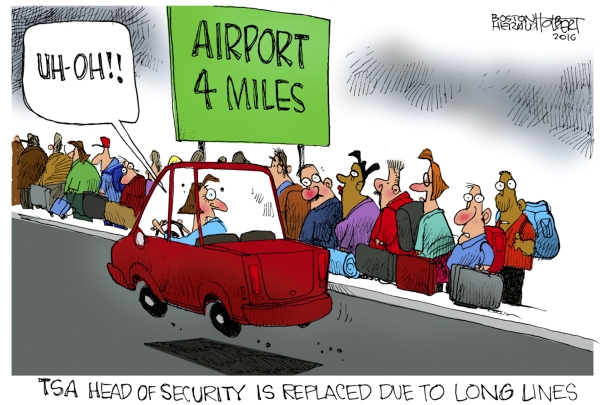 … Have a safe summer by staying off tracks

So many local professional photographers have been featuring railroad tracks within their portfolios. I’ve seen prom photos, graduation, wedding, engagement, and family portraits taken on tracks all within the past week, and all were taken by “professional” photography companies in the Rowan County area. This is unsafe, irresponsible, illegal and adds up to unprofessional.

… School board may consider more sites for consolidated school

The school system stands to lose $10,000 even if they do save a million. I wonder if Wagner would be saying that if the $10,000 was coming out of his bank account? The board needs to be careful with every single penny. They really should start critically thinking plans all the way through.

In addition to starting board meetings later, it would be helpful to the public to have more information posted regarding topics to be discussed at those meetings. If one looks at the Board of Education agenda on their website, often the only information is, for example, “Review of Policy XYZ” and the supporting documentation is a copy of the current policy. From what is published, I have no idea whether I should attend the meeting.

Meeting minutes aren’t very helpful, either; they pretty much read, “The Board discussed changes to Policy XYZ and voted to discuss again at the next meeting.” We can’t be informed citizens and voters if we aren’t provided with information!

… Call for backup: RSS searching for ways to teach kids with behavioral problems

My daughter has Down syndrome and since grade 1 there have always been children with only discipline problems in her class. This is not the class for these kids. To put the children with behavior issues in with the most innocent, most trusting children is wrong. My daughter would melt down, and in younger kids you get a “monkey see, monkey do” outcome.

When these kids with bad behaviors would cuss and hit the teachers, these children are more likely to check out. They already deal with medical issues and developmental delays, and then their teachers are unable to teach them due to behavioral issues. What is the administration thinking?

I also believe that the total lack of transparency and accountability in RSS administration is a big problem for parents.

I am a parent of a behavioral child and have been dealing with the school system closely for the past six years. It is not a parenting issue!

… The main problem is that there is no one in place to help these children on a regular basis. Sure, they have behavioral specialists that come in from time to time, but usually this only happens when issues escalate to the extreme (crisis mode). The county needs teachers educated in behavioral issues to help deal with these children. …

The biggest issue is that there are an average of 23 kids in a class with one teacher, so when a child acts up the whole class is disrupted. If there were still aides in these classes, then the altercations would not always have to disrupt the entire class. …

I have decided to quit my job, lose income and home school my child so that he actually gets the education he deserves, like many others. It is just sad when the entire county schools let down their children and look at them as a burden. They are children. … We have to teach them how to overcome their disabilities and struggles and fight for their right to be strong and independent and a true gift to our world.

This is senseless. Somebody’s mother, daughter, aunty, friend, granddaughter was killed. Why do people continue to kill their very own — or anybody, at that? Was it worth it? How do you sleep at night? … Praying for the family.

It can’t be blamed on Rory Collins any more. Things are getting worse. I defy any of the local amateur statistic experts to dispute it.

Lord bless her family. She was so sweet. My husband and I always requested her when we ate at O’Charley’s here in Salisbury. Bless her kids, Lord.

Not only is HB2 a waste of time and energy, it’s a distraction from the real issues we need to address. Governor McCrory and the legislators who voted for the law should be replaced with those who will work for the best interest of all North Carolinians. Let’s remember them in November while we organize to take our state back.

The city of Charlotte passed an ordinance to require private businesses within its limits to open restrooms to anyone claiming a gender identity different from their anatomy. Such power is not recognized by our Constitution. See the 10th Amendment. The HB2 law does not prevent any business from doing that if it chooses, and customers can vote with their feet.

I, for one, think it’s important that a community have some basic standards of conduct. Many people today, unfortunately, do not share that view.

The first time I saw Gary Lowder sing was at an Artist Showcase during CBMA weekend. I was very moved by his voice and the emotion he put into his performance. Afterwards I went up to tell him so. Gary is very blessed with God-given talents that he shares with all of us. I feel honored to have one of his gospel CDs he released about five years ago.

Great band and singer, using God’s gift for all to hear.

Way to go, Gary. We are so proud of you and your band. Keep up the good work. The voice God has given you is a blessing to many people.

She is one of the sweetest and most friendly people you will come across. Always has a smile on her face. You will be missed.

Carol has done an outstanding job at the park.

Gladys, I am so very happy that you have found someone to love and cherish you. It is well deserved. I hope you and Harold are blessed each day of your lives together. Congratulations!

I have gotten to know Harold from his work at Shoe Show, and I just wanted to wish him and Gladys the best on their upcoming nuptials!

I am very proud of both Harold and Gladys as I watched them grow at RVO. Good luck and best wishes for a long future together.

… Editorial: Prosperity on rebound in Rowan

Don’t celebrate too much. You will still pay more taxes than you did last year if you are the average citizen, as the Tea Party-run N.C. legislature raised sales taxes on a lot of services to insure that businesses and those with large income pay less. They did this by lowering their income tax. Our Fox News-watching public needs to pay attention to this before we have more people in poverty than we do now.

Good luck, Romar! You can do it!

… My Turn: Sportmanship is a vanishing virtue

As a coach I have been tossed from the game before because of my persistence (fighting for my team) about a particular call and have come to know I was correct and the official was wrong. Without using profanity and using as much tact as I was able to use, I still got ejected.

Now as an official for the last six years, I’ve found that word spreads rapidly about a certain coach or player, which causes a ripple in fair judgment of them. It can and will cause a shorter leash, which is not fair. We officials should begin each game anew.

Even in the heat of the moment, sportsmanship is the key ingredient for the coaches and the players. Equal opportunities are due them also, regardless of their reputation, by each official. When you signed up to take part in regulating the game by enforcing the rules and fair play, tough skin isn’t sent … along with your rule books. It’s up to you in what you can ignore and what needs addressing.

We would all like to see fans be simply spectators. All Coyote wanted was to catch Road Runner. Some things we aren’t going to get. Players play, coaches coach, and let the game be officiated by the referees.

Great reminder here from this official regarding the purpose of high school sports. This brings to mind the best lessons from my father. “Son, carry yourself like a gentleman, whether you are ahead or behind. Do that, and I’ll be proud.” I remember that statement like it was yesterday, and it was 30 years ago.

Are there not rules governing coach/player behavior? Any coach/player that violates those rules should pay the price. Any coach that doesn’t penalize a player who violates the rules of conduct is not doing his job.

Wasn’t there a player that was suspended, but that suspension didn’t take effect until after an important game? If so, the coach and AD should both lose their responsibilities.

Umpires can never be wrong! They have no accountability and whatever they say goes. They can talk to players, make bad calls vindictively and be awarded by officiating a big-time playoff game.

I understand that you may have watched games and even officiated some games, but if you look at it from a coach’s perspective, all of the hard work that our student athletes put in falls into the hands of an umpire that has no business officiating a game. It is not fair to our athletes.

An umpire can take control of a game and help determine the outcome. This goes back to the part where umpires have no accountability. When an umpire is being mouthy to a player, a coach should and will take up for his player. When you are talking about sportsmanship, you are talking fair play. When an umpire is not being fair and everyone knows it, a coach is going to let him know about it; otherwise, he is not a very good coach.

There are valid reasons for getting thrown out of games; it is called taking up for your team. However, there is a right way to go about it.

I understand that you may not be talking about everyone that has been thrown out this year, but understand that leadership is a role of a coach, and a leader will go to bat and take one for his team any day of the week.

I still think you would do more good for your team to calm your player. In a hotly contested game, getting yourself or players ejected is going to be even worse for your team than whatever call got you upset in the first place.

I will agree that there are some officials out there that are looking for some easy money — and the quicker the better. I’ve seen them in both associations for which I officiated. But there are really not that many. I promise you, Brett, they don’t come to the games to ruin your chances. They just want to call a good game.

So then, what is the benefit of getting yourself ejected? Like I said in my earlier comment, some coaches see it as a badge of honor, a source of pride — pride in passion for the game (without self-control).