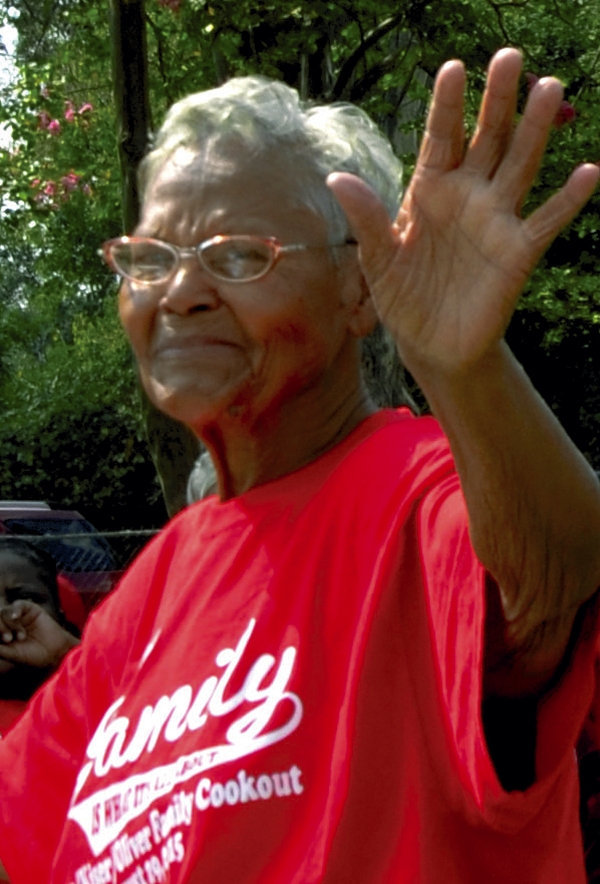 Essie Mae Kiser Foxx in 2015, when the town of East Spencer renamed Nash Street in her honor. Shavonne Walker/Salisbury Post

East Spencer Mayor: “Essie Mae Foxx was a pillar of this community”

EAST SPENCER — Before there was even a word for community advocate, there was Essie Mae Kiser Foxx, a longtime East Spencer resident and “mother to everyone” who knew her.

Foxx, who died suddenly Wednesday at the age of 83 is remembered by family and friends as a woman who fought for the town she lived in her entire life.

She was instrumental in starting the biennial Dunbar School reunion and parade. Just nine months ago, the town board approved the renaming of Nash Street to Essie K. Foxx Lane. The road sits at the corner of South Long Street, where Foxx lived.

In 2014, Southern City AME Zion Church presented Foxx with its Legacy of a Leader award, which honors East Spencer residents who’ve made a contribution to the community.
Essie Mae Foxx was the eldest of 12, and took on the mother role with not only her siblings, but the neighborhood children. The neighbors wouldn’t let their children go outside to play unless Essie Mae was there.
Those mothering instincts Foxx honed as a teen served her well as she would eventually become a mother to 13 children and grandmother to 15. She would even help raise and influence her more than 18 great-grandchildren.

“She had a lot to give. She taught others how to love and give and treat others — that’s what I learned from her,” said grandson Tony Hillian.

He said above all else, his grandmother taught the family the power of prayer and to “keep God first because he’ll see you through.”
“Her presence will be greatly missed in the community. If you were doing anything in the community she would be right by your side,” Hillian said.
“She’d say ‘I love to go on vacation, but I love to come home,’ ” he said.
Hillian said the family will carry on with what Foxx started in the community “with pride, dignity and honor and respect.”
“She instilled in us family first and then community,” said Essie Mae Foxx’s son, Kenneth Foxx.

“She was about change — positive change. If they (others in the community) embrace those concepts, we can have a nice community,” he said.

“It’s always difficult at times like these to express what people mean to me and the town. She was civic-minded. She brought life and a celebration to the town of East Spencer, especially the Dunbar Center,” Mallett said.

She said the town of East Spencer has “lost a pillar” and she hopes the citizens rally around the Foxx family and help celebrate the life Foxx lived.

She said the family will do what they can to help carry on her mother’s wishes for the Dunbar Center Reunion and serve the community.

A visitation for Foxx will be held from 2 p.m. to 3 p.m. Sunday with a funeral to follow at Livingstone College.

By Shavonne Walker shavonne.walker@salisburypost.com SALISBURY — A woman was killed early Thursday after her vehicle broke down on Interstate 85 and... read more