Early voting: Some see first-day turnout as better than expected 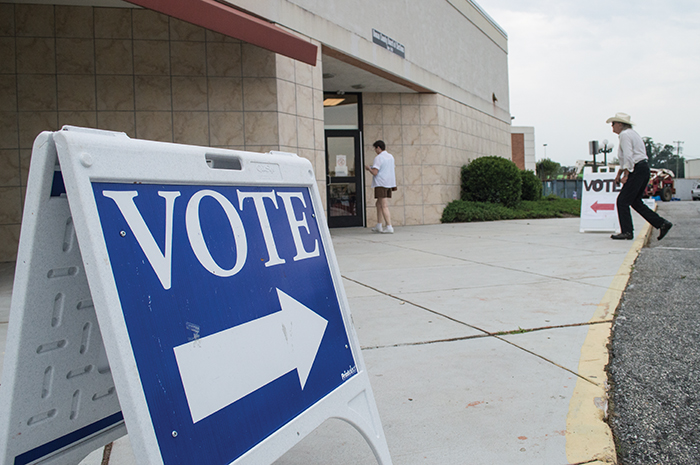 SALISBURY — Voter turnout on Thursday likely didn’t break any records, but it was certainly enough to impress some candidates and poll workers.

By 5 p.m., nearly 900 ballots had been cast in all parts of the 13 Congressional District — the most unruly political race in North Carolina’s special, June primaries. A total of 22 candidates — 17 Republicans and five Democrats — are running for the newly redrawn 13th District, which includes all of Davie and Davidson counties and parts of Rowan, Iredell and Guilford counties. Still, it’s unclear whether one candidate has enough name recognition to stand above the rest of the field.

Voters don’t usually turn out in large numbers for summer elections, typically reserved for runoffs, and some candidates expect the winner of the 13th District to win with just several thousand votes. Perhaps political observers and participants set the bar too low, but poll workers in Rowan and multiple candidates remarked that turnout was better than expected. Turnout was notably lower than the state’s March 15 primaries, which included the presidential race. In Rowan County, alone, about 640 people turned out on the first day of early voting in March. Just over one fourth of that number had turned about in Rowan by 4:30 p.m. on Thursday.

Races on the ballot may not be as exciting as the 2016 presidential race, but 13th District resident Ron Hofmann said Congress performs an equal or more important function.

“They make our nation’s laws, or at least they’re supposed to,” Hofmann said. “People should vote in congressional races.”

Gurley said voting is an important civic duty, and added that he’s only missed voting in one or two elections in his life. Those elections occurred when he was stationed in Vietnam, Gurley said.

The 13th District race isn’t the only one on June primary ballots. There’s also the 8th Congressional District and N.C. Supreme Court races. Unlike those two races, however, the 13th is the only one that includes Rowan County residents running for the office. In fact, there’s at least one candidate from every county in the 13th on the ballot. In most cases there’s two or more.

State Rep. Julia Howard, a Mocksville Republican and 13th District candidate, said it’s hard for candidates to distinguish themselves in a field of 17.

“I just don’t know how you do it,” Howard said.

Howard, however, will soon be the beneficiary of a high-dollar endorsement from the National Association of Realtors Congressional Fund. On Wednesday, the group reported $326,532 in spending on her behalf.

Howard said she was delighted to learn about the endorsement. Howard is a realtor in Mocksville.

Businessman and Davie County resident Ted Budd has already been the beneficiary of high-dollar endorsements. As of Wednesday, Budd’s endorsement from the Club for Growth has resulted in about $500,000 on his behalf. It’s far more than any other candidate.

Budd also said he’s grateful for the endorsement. It’s a sign that the Club for Growth supports his vision, Budd said.

“It’s sad in politics today that people can buy an election,” Brock said. “Some candidates are just in it for themselves and don’t care about the voters. … They just want to vote in Congress. I hope people will see through it and see the group for what it is.”

Although Howard has received political action committee money, she said Budd’s high-dollar endorsement doesn’t make sense. He hasn’t run for political office and, therefore, doesn’t have a record to run on, she said.

“I find it funny, quite ironic, that the career politicians are upset about the endorsement,” Budd said.

Even with hundreds of thousands of dollars in money from political groups, the outcome of June’s election is still unclear, candidates say.

“Nobody really knows what to expect,” said 13th District candidate Jason Walser, a Republican from Salisbury.

State Rep. Harry Warren, a Salisbury Republican and 13th District candidate, said there’s potential for the money to affect race results. However, the limited number of voters who will cast ballots in the June primary will be more informed than an average voter, Warren said.

“(Presidential candidate) Jeb Bush had a lot of money too, and look what happened,” Warren said. “I think the voters will do a good job of researching and vetting the candidates.”