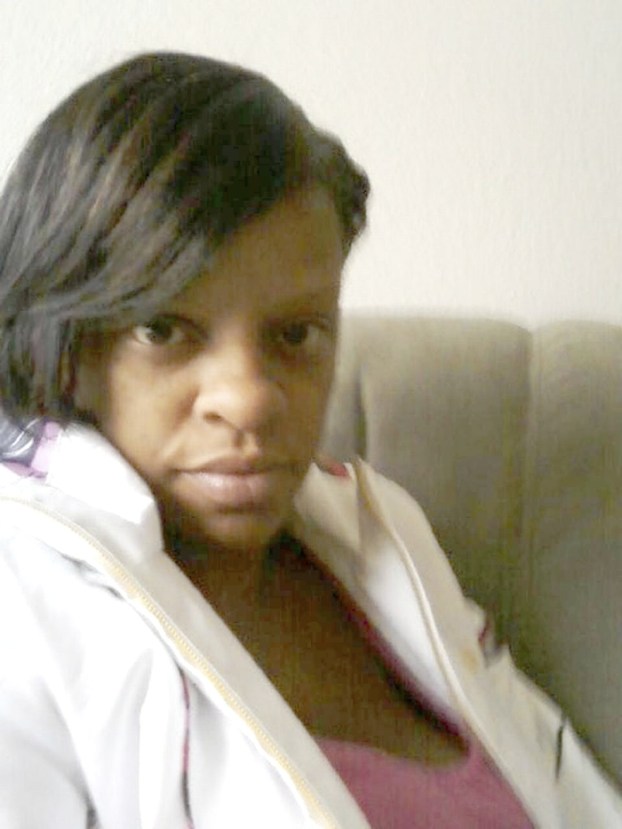 A Salisbury Police investigator walked to some apartments in the Crown Point complex where Tuesday night Lacynda Feimster, 38, was shot and killed inside her home there. A woman, also at the home, was struck in the face with a gun, but was not seriously injured. Shavonne Walker/Salisbury Post

SALISBURY — Neighbors and friends say a Salisbury woman who was killed during a home invasion and robbery late Tuesday was friendly, kind and didn’t deserve to have her life cut short.

Salisbury Police had released no new details a day after Lacynda Diane Feimster, 38, was shot and killed inside her Crown Point Apartment, located off Gold Hill Road in the Morlan Park neighborhood.

Police were called to 325 Crown Point Drive at 11:12 p.m. for a home invasion and robbery where someone inside was possibly shot, officials have said.

When officers arrived, they found Feimster dead inside. A second victim, a woman, was hit in the face with a gun. She was taken by EMS to Novant Health Rowan Medical Center, where she was treated for minor injuries.

Police have not disclosed a possible motive and no arrest has been made.

JaQuanta Wilks, who lives in the complex, called the killing senseless and said she wondered what the killers motive was in “going for someone who is a good person.”

“We are supposed to be able to come out here and enjoy where we live. It makes you question if you’re safe,” Wilks said.

She recalled a time in Salisbury where parents felt comfortable enough to drop their children off at the skating rink or the mall or even with a neighbor.

“There’s no trust in the community,” she said.

Wilks, a former U.S. Marine, said someone needs to take a stand against the neighborhood violence. “It’s up to us as a community,” she said.

She could not fathom why someone would target Feimster.

“It’s sad,” she said. “I heard so many positive things about her. I’m devastated this happened here.”

Feimster, who went by the nickname “LC” was a longtime waitress at O’Charley’s in Salisbury and had just celebrated one of her children’s birthday earlier in the day. She has four children.

Wilks said she saw the family having a cookout at the apartment that day.

Antonio Cowan, who was at the apartment complex Wednesday morning, said his sister and Feimster were friends.

“She was a nice person. She was friendly. She would do anything for anybody,” he said.

Former roommate Taryn Jeffers Thompson said Feimster took everyone in as if they were her children.

“She was a mother first and foremost, a friend, a mentor, and a beautiful spirit. She was the kind of woman that would give you the shirt off her back and the last dollar in her pocket without ever expecting anything in return,” Thompson said.

“She loved all of her children and they were a blessing to her. Everything she did and everything she worked for was for them,” she said.

“She was and always will be a beautiful soul that I am proud to have known,” Thompson said.

Feimster’s death is the second murder in the city this month. Less than two weeks ago, Larry “Turtle” Lamar Cruse, 27, was found inside his vehicle, which crashed into a fence at North Martin Luther King Jr. Avenue and East Council Street. No arrest has been made in that case.

In April, Joseph David Walker, 37, was found inside his Alexander Place Apartment dead after neighbors called the fire department when they smelled smoke. No arrest has been made in that case.

In March, Antoine McGee, 29, and his brother, Devon McGee, 24, were both shot behind the J.C. Price American Legion Post. Devon McGee died, and no arrest has been made.

In January, police arrested Brandon Jerron Hawkins a day after they say he shot and killed ex-girlfriend and Pfeiffer University student TaLisha Crowder, 19.

Anyone with information about the shooting and murder of Lacynda Feimster is asked to contact the Salisbury Police Department at 704-638-5333 or Crime Stoppers at 1-866-639-5245.

SALISBURY — Salisbury Police investigators say a Salisbury woman was killed Tuesday during a home invasion; one other person was... read more