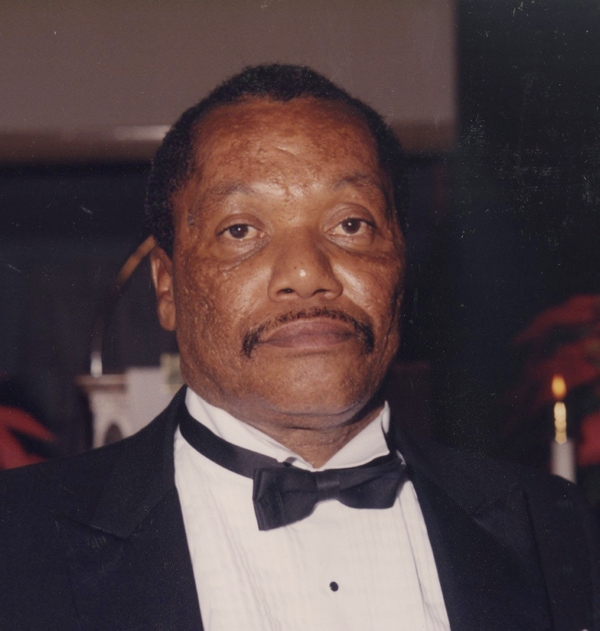 SALISBURY — If you ever crossed paths with Albert Stout Jr. and you asked him how he was doing, the answer was always “simply lovely.”

Stout, a Salisbury native and former SBI agent was a man with an illustrious law enforcement career that spanned two decades, but he was also a gifted singer and performer. As news has spread of his sudden death, family, friends and law enforcement comrades remember a man who was full of life and a smile.

Stout was the oldest of three children — his brother James “Hump” Henderson died in 2012 while his sister Sarah Lightener recently spoke of her brother fondly.

“He was a talker. He could always add to the conversation,” Lightener said.

She said she’d categorize her brother as someone who was “in between serious and a practical joker.”

Stout was congenial and was always absorbing the things and people around him, she said.

Stout, 74, had been undergoing chemotherapy treatments for the last couple of months. He developed pneumonia, Lightener said, but he died from renal failure.

“His body was weak, but we thought he had some more time. It was not a prolonged illness,” she said.

Stout, who’d just turned 33 the day before, was seriously injured Sept. 10, 1974, when his Ford Torino was bombed. The car’s ignition was wired with construction dynamite.

Stout would recount the horrific events years later, saying he felt a shock, saw a bright light and heard a boom. He told a Post reporter for a 1999 article he remembered being tossed around across the front seat of the vehicle.

Stout said he was at times conscious during the ordeal and recalled telling his wife who to call for emergency response. He was literally cut from the vehicle, he said, after he was trapped. A first responder had to cut a tendon from Stout’s leg, which would later be amputated above the knee. He also was blinded in his right eye, lost hearing in his right ear, and lost partial use of his right hand.

He remained at the hospital then called Rowan Memorial Hospital for about four months under heavy security.

Three people behind the bombing went to prison. Two of them received life sentences, but were later released. Stout was an undercover narcotics agent and at the time had testified against some people involved in drug trafficking. Five were arrested within weeks of the explosion, including drug informant Jule Hutton. Hutton, who was a paid informant for Stout and the FBI, was said to have known about the bombing days before it took place.

Even after the bombing and numerous surgeries, Stout returned to the SBI and retrained as polygraphist. He retired in October 1993, after 21 years of service.

Although he lived in constant pain, Stout would always say he was thankful to be alive.

Retired Rowan sheriff’s deputy John Noble entered into law enforcement at the same as Stout in 1969, a time during racial tensions at a local high school and when there were few African-American patrol deputies.

“He was good at what he did. I would go out and sit with him some after the explosion and look in after him,” Noble said.

Noble said it hurt him to know his friend and former fellow deputy was almost killed.

“You know, law enforcement is a brotherhood. You take care of each other,” Noble said as to why he would sit outside Stout’s hospital room from time to time.

“He was very strong and determined to get back out there and do what he did best, which was law enforcement,” Noble said.

Stout was a great friend, Noble said, one who Noble learned a lot from even after Stout joined the SBI.

“He was instrumental in helping me continue my law enforcement” career, Noble said.

As an SBI agent, Stout received more educational training than local law enforcement agencies were able to provide at that time, Noble said.

Ramsey, a Rowan native who currently works as chief deputy with the Rowan County Sheriff’s Office, said there were few people within the State Bureau of Investigations who didn’t know Stout’s story.

“I always had immediate respect for him,” Ramsey said.

Ramsey called Stout fearless and intimidating, but a man who “sacrificed probably more than any living law enforcement officer.”

“He continued to perform his duties without any hesitation,” he said. “Even after those devastating injuries, it didn’t affect what he did.”

The first time Ramsey met Stout was when he joined the SBI and “he did my polygraph,” Ramsey said.

Auten said he’d often see Stout sitting at the counter at Wink’s Barbecue, and they’d strike up a conversation. Auten first met Stout as child when Auten’s father worked as a parts manager at a Ford car dealership in town and Stout was a Rowan Sheriff’s deputy. The sheriff’s office would buy vehicles from the Ford dealership.

“He spoke to you like he was a father figure. And you knew he meant the best for you,” Auten said.

Of Stout, Auten said it wasn’t in his nature to give up.

“He came back to his profession. He was a survivor,” Auten said.

Auten said Stout wasn’t the kind of law enforcement officer who was always in the office. “He liked to be on the street.”

Retired law enforcement officer Tim Bost was a teenager when the bombing occurred. His father, June Bost, who was a deputy chief and acting sheriff, took him to the crime scene. Tim Bost believes his father wanted to impress upon him the “stark realities of becoming an officer of the law.”

“Not only were they blazing the frontier of the Southern civil rights era, they were also becoming legends as highly respected officers. I never heard Albert complain about his disability although it presented him a daily challenge,” Bost said.

“Albert was an inspiration to me and many young officers of the time,” he said.

Stout was the recipient of many awards and accolades including the Order of the Long Leaf Pine, the state’s highest civilian honor, and the Bravery and Courage in the Line of Duty distinction from the U.S. Department of Justice.

He also received the Livingstone College Leaders Hall of Fame Award and Martin Luther King Jr. Humanitarian Award, as well as an Officer of the Year. He served three tours of duty with the U.S. Army before being honorably discharged.

He was known for his career in law enforcement, but Stout was also a singer with a powerful voice and presence.

“He was someone that was a good person. He done his job in law enforcement, and he did it good. He had a beautiful voice and lent it to the community,” said friend William Peoples.

Peoples and Stout were members of the same masonic lodge and their paths crossed at various community events throughout the years.

“He was such a unique individual. He was full … of so much fun. To have been all he had been through, he was the most fun person to be around and he loved to sing,” said Reid Leonard, theater director of Piedmont Players.

Stout’s legacy is with this community, his sister Sarah Lightener said.

“His willingness to participate and lend his voice at community events and to share his time,” she said of how he’ll be remembered.

“Although he had body health issues and trauma, if you asked him how he was doing he would say, ‘simply lovely.’ He never complained,” Lightener said.

Making hay while the sun shines