Yesterday: the last days of the Bates Hotel 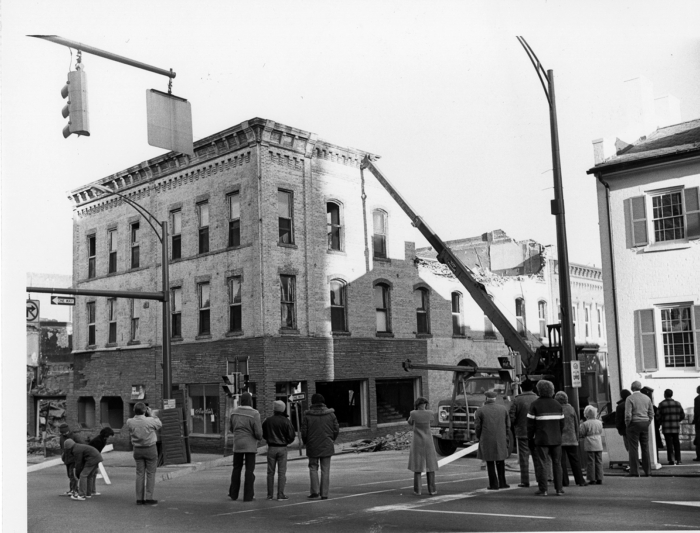 This Salisbury Post file photo from late January or early February 1980 shows a small crowd watching the heavy demolition underway on the former Bates Hotel at the corner of North Main and East Council streets in Salisbury. ‘Bates’ was just one of the names the hotel had been called through the years. It was built around 1904-1906, when one of its developers and the first owner was Thomas H. Vanderford, and that was the hotel’s first name, the Vanderford. Later, it was shortened to just the Ford. Other names in years to follow included the Salisbury, Earle, Bates and Milner hotels. Toward the end, the late George Raynor wrote in 1975, the hotel had been catering largely to ‘elderly people with small incomes and welfare cases.’  The 68-room hotel portion of the building closed in 1965, It could be said the Bates Hotel had a reputation for a time. The late Heath Thomas wrote at its closing: ‘It was frequently the temporary abode of women whose morals are often delicately referred to as loose. This factor makes it well remembered among the many males of the Central Piedmont and well despised by many females now of middle age and beyond.’ In fact, one of the prostitutes, writing under a pen name, published a slim memoir — “No Bed of Roses” — about some of her interesting nights at the hotel. Today, the corner where the hotel once stood is a parking lot.