In search of Elvis, the past and her daddy 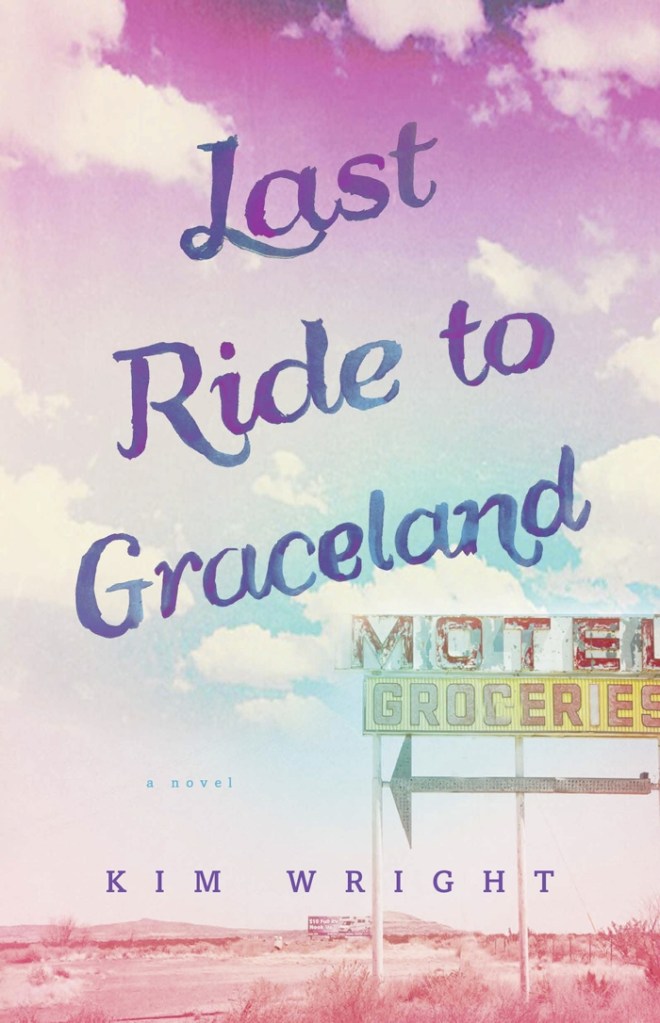 SALISBURY — Kim Wright visited the Rowan Reading Rendezvous, which was good timing, because her new book will be released May 24.

“Last Ride to Graceland” is a fun novel with plenty of deeper meanings. It’s a road trip romp and a soul-searching saga at the same time.

The road trip is improbable, but enjoyable. It has authenticity because Wright actually drove the route from Memphis to Beaufort, S.C. “I did on-the-ground research,” Wright said.

Cory, who’s pretty aimless, is lucky enough to find the characters she needs to when she needs them, and her self-imposed isolation melts away.

Cory makes her way through life as a singer, performing in restaurants and bars, popular with customers, but not ambitious. She’s feeling her age — 37 — and has settled into her small life when she’s confronted by evidence that convinces her Elvis could be her biological father.

Whoa. What was that?

Cory has suspected for a long time that her gentle, loving father, Bradley Ainsworth, did not contribute to her flesh and blood.

She knows her mother was a backup singer for Elvis for short time, and when she finds a very large clue, she decides to see who’s out there and retrace her mother’s escape from Graceland on the day Elvis died.

It’s crazy, but Cory finds, due to the number of coincidences she runs into, that someone has put out the word that she’s on her way.

Both Cory and Honey (Laura) tell this story, moving from the present to 1977, when Honey is living at Graceland and watching Elvis self-destruct.

Honey, the youngest of the backup singers, finds a mother figure in Marilee, another singer who’s been with Elvis longer. Honey quickly realizes there is nothing that passes as normal at Graceland, or on the road.

We see Honey mostly as a young woman who has left her small town after high school to enter a bigger and more confusing world. Occasionally, Wright gives us a glimpse of older Laura Berry Ainsworth, strict mother of one daughter, director of the church choir, married to her high school sweetheart.

The journey begins with Cory — she knows she was born “seven months and four days” after her parents married, a 9-pound premie.

The sudden urge to head to Graceland hits Cory when Brad asks her to ship his waders to him in Florida, where he’s fishing. He makes it very clear, as do others around her, that Cory should not look in the shed. Don’t mess with the shed. Leave the shed alone.

So it’s the first place she goes. There, wrapped in plastic, is a 1973 Stutz Blackhawk.

Even Cory knows that this was Elvis’ car. She’s read all the biographies. How did it end up here? She unwraps the car and finds an eight-track tape of her mother, Marilee and Elvis singing an unknown song.

Well, there’s nothing to do but take the car back to Graceland, retracing her mother’s journey.

“It seems that I must not merely return the car to Graceland, but furthermore retrace the steps of Mama’s whole trip, that the explanation for why she ran away is somehow buried beneath the question of how she ran and I’m going to have to dig through the trash of one to get to the truth of the other.”

She meets the first paternal candidate at the abandoned Juicy Lucy, a 1970s bar. The owner is hanging around. He’s running for some political office. His name is Philip Cory.

When she meets the next important person, she learns of another potential father, David Beth. Cory Beth then has to dig deep and face the guilt of irresponsible men.

Wright draws interesting characters, from a slimy, fake evangelist, to a sincere, quietly strong woman who has seen more than she wanted to.

Cory’s plans change as the story blooms outward. It’s convoluted and she begins to understand why it was never told, in full, with all the bumps and dips in detail.

Wright subtly asks, “How did my parents make me who I am?” Without being maudlin, she sprinkles in kindness and love that smooths over what could be a humiliating discovery.

She’s true to her story, not wandering off into a lot of subplots, but aiming that Bearcat on a definite, if meandering route to where the past and the future meet.

Don’t let the pinky-purple cover fool you into thinking this is fluffy. It’s fiction, but Wright throws in plenty of authentic history, thanks to extensive research, and she tackles real issues. “Last Ride to Graceland” reads like a familiar song you forgot you liked.