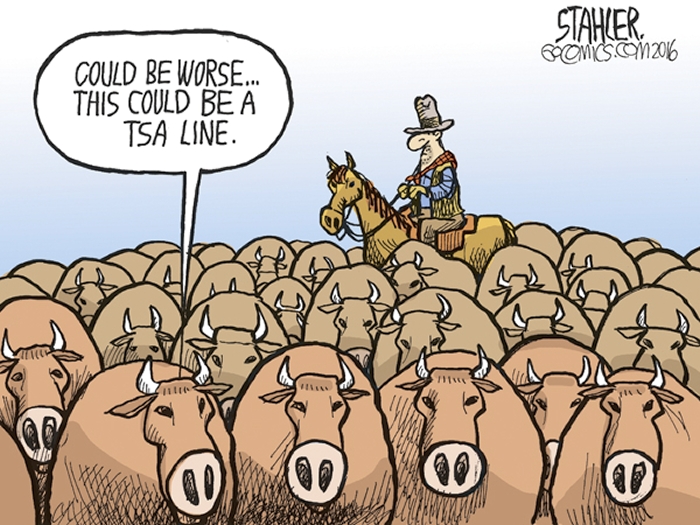 .. Teacher resigns after accused of taping student to desk

If this in fact happened, there is no possible justification for this.

This is my grandson. It most certainly did happen and there is no excuse at all for what Erica Berta did.

What they won’t tell you is there was another video with tape on the child. Or that the child didn’t tell because he said he was used to it. Very disappointed in the school system and the police department, and the other parent who deleted the video off her child’s iPad after showing it to the mother.

Most of the information that I have read states that coal ash can be used as a filler/replacement in concrete and cement. We are constantly building roads and airports; why can’t we use it in these?

These people aren’t even “environmentalists.” They want to have it both ways and that is hypocritical and counter-productive.

We spent a year telling them to order Duke to dig up the ash, and they did it. Now you have a group of political activists exposing themselves basically campaigning against the governor. The goal is clean up and we’re now closer to that goal despite some of these idiotic political snake oil salesmen.

The DEQ said that Duke will be putting in water lines, too, to all these people? I wish the river and waterkeepers would get back to what they know best because they look very foolish right now.

… Bounce City owner: Weekend shooting did not occur at business

Bounce City has always been a wonderful business, and they have always taken great care when it comes to safety and responsibility. It doesn’t surprise me one bit to hear that they had their security together for a great idea like an after-prom party. And it’s sad that the local yokel rumor mill has attached this shooting to such a great place for area youth.

It’s very important to always get the facts before you move on a matter. Especially as it relates to community issues. The temptation to scapegoat a person, an institution or even a business is very strong, especially when there is desperation and a sense of powerlessness to address an important community issue such as the up-tick in violence in Salisbury.

I’m glad the Salisbury Post gave voice to the owner of Bounce City. My hope is that the City Council take note of this and many others who have not been caught up in the negative hype surrounding this business.

My hope is that their business license is not suspended nor revoked by the City Council.

I’ve been to Bounce City several times with my grandchildren and it has always been a pleasant experience for them and me.

That would be tragic.

I asked for a temporary suspension of the business license so that we could investigate what is going on and implement some improvement strategies. I’m not seeking to close the business. I want them to be compliant, offer a safe atmosphere for the area and be a good community business partner to help stop gun violence and fights that have occurred in there.

I did the same thing in a Council meeting a couple of months ago voting against a White owned bar that had compliance issues on Fisher Street. This misguided notion that I or anyone else is targeting a black-owned business is disingenuous, ridiculous and a sad statement on the leadership of those espousing it.

I’ll take the “good old days” any day! I might add: Families sat at the dinner table each night discussing their day. If you did something wrong, your friend’s parents would have called your parents and your secret was known before you even got home. It was fun drinking from the hose and you never worried about germs.

As a Westcliffe resident, we were sucked into the city with the promise of “free trash collection” (we now pay a landfill fee, recycling fee) and leaf collection (my leaves killed my grass waiting on pickup last fall). In addition, we have a storm water fee. These are all taxes.

At some point we need to learn fiscal conservatism. … I am fortunate to have a great job, but what about our elderly residents on fixed incomes?

Put your conservative hats on and cut the fat in the budget.

Get rid of that fiasco and money-sucking Fibrant and stop taxing us for your ignorant decision to build it.

Most of the current board was not there when some of the most costly decisions were made. At this point, their options are limited to picking up the pieces, and moving forward as best they can. Leadership calls on elected officials to make the tough decisions that may not always be popular.

There is no increase in property tax being recommended because the citizens of North Carolina are already paying more in sales tax thanks to the recent tax “reform” and newly implemented taxes — such as an increase in sales tax that, of course, disproportionately burdens those with lower incomes.

Notice that Church says he doesn’t have to increase taxes because of “recently implemented” new taxes. It’s a shell game for politicians.

The chair of the Cabarrus County Board of Commissioners bragged on the half-dozen new industries coming to Cabarrus and his area’s projected 40 percent population growth in the next decade or so. Greg Edds gave an inspirational speech.

Annoyed that the national news blew this out of proportion. Still, pepper spray at high school = bad idea.

He was a great man and a very good dad. He loved his kids more than anything in this world, and loved his mom, too. They were his world. He will be missed really bad. God be with his women and kids.

Officers are too busy buying new cars and new paint jobs on other cars. It’s right in front of their face. So many cops to cover a small area of Salisbury, you would think they could control it a lot better!

Actually you are mistaken. They do not have enough officers to be everywhere all the time; they are busy responding to domestics, noise complaints, fights and the many other various calls that are constantly being called in.

What would help is for the community to start helping the police and instead of saying “I didn’t see anything” actually tell them when you did see or hear is a better idea.

Quit shooting each other and quit trying to say it’s the police’s responsibility to have some crystal ball to … know where to be. Everyone is so quick to blame the police instead of fixing the problem.

Hopefully, anyone who knows anything about this senseless shooting will come forward with some information.

Six batters hit by pitch, three runs given up on errors, two hits and 13 strikeouts. Didn’t lose due to erratic pitching and bad umpires.

Were you there? If you were, were you even watching the same game? You do not have the right to infect these comments with such drivel. It was not all the umpires, but when three out of four pitches in an at-bat are at the neck and they are called strikes, there is a monstrous problem.

Also, you appear not to understand umpiring and the problems that the crew presented. Even the Ledford coaching staff were saying that it was a shame.

I think the town of China Grove needs to contact the Veterans Administration to be sure that no veterans who gave their lives are left off the memorial. Some of these veterans may not have any living relatives.

This program has been a huge blessing to me and my family. These kids are having the time of their lives. I’m so glad to be a part of it.

Thank you to our sponsors for these two teams; Bethel Lutheran Church on East Ridge Road and Sloan Lake Community Church on Old Concord Road. We could not have done it without your commitment.

… In praise of probation

It takes people who believe in possibility and who are willing to commit to supporting that belief. Thank you Judge Brown.

…Jeff Long: Probation officer treated me as a man and not a criminal

Bless you, Jeff Long and Judge Brown, probation officers and counselors who worked with you.

Thank you, Jesus, for working in the lives of these people to be of help to others along the way.