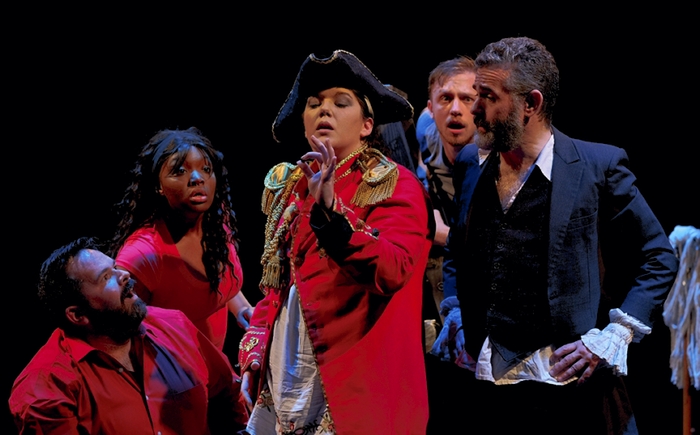 Lee Street theatre invites you to “Shipwrecked! An Entertainment – The Amazing Adventures of Louis de Rougemont (As Told by Himself).” The show plays May 19-21 and 26-38 at 7:30 each evening.

“Shipwrecked!” is a family friendly story that explores the magic of storytelling through the escapades of Louis de Rougemont. “This play is an adventure, like the swash buckling Errol Flynn movies,” says cast member Beth Bentley. “There is some humor, and serious undertones. It is all in all a great theater experience for the whole family.”

Just for “Shipwrecked!,” Lee Street theatre is offering a special children’s ticket price: $10+tax for kids 13 and under. “We’re very proud of our diverse programming,” says Managing Artistic Director Justin Dionne. “We haven’t offered a lot of family fare before, so we’re really excited to present this show for the community and offer a special admission for our younger patrons.”

The host of characters Louis meets on his adventures are played by just four actors. “My favorite persona I play is Captain Peter Jensen. He’s a salty old sea captain, and one of the hardest I play,” says Bentley.

Bill Reilly plays Louis de Rougemont “I play but one character. The rest I am given to fully imagine as they are lived onstage. It’s pretty amazing. It is the most rigorous piece of acting I’ve ever done. One must be realistic and representational all at once.”