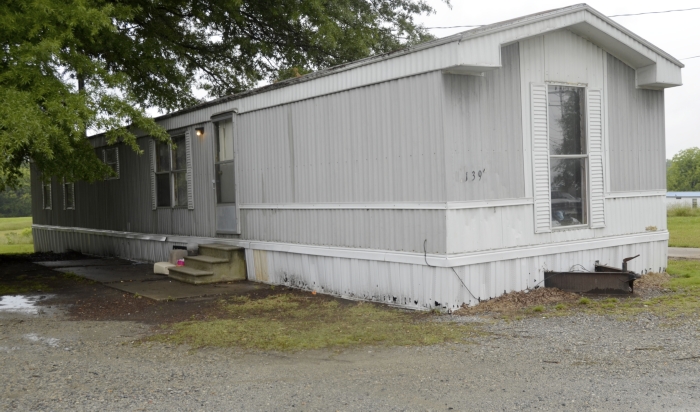 WOODLEAF — Investigators with the Rowan County Sheriff’s Office are still working to determine a motive in a Monday night homicide where Woodleaf resident Barry Dean Hepler died after he was stabbed multiple times inside his mobile home.

Satonia Yvette Gray, 25, of Mocksville, is charged with murder in Hepler’s death. She was found at a Mocksville apartment complex about five hours after the incident, which officials said occurred around 11:50 p.m. at Hepler’s home at 139 Cone Drive, at Woodleaf Park, a mobile home park located just off N.C. 801.

Gray, who is said to have stayed at Hepler’s home on occasion, remains in the Rowan County Detention Center without bond. She is expected in court for a first appearance today.

Rowan Sheriff Kevin Auten said Hepler made Gray mad, the two argued, and at some point Gray attacked Hepler, who managed to walk next door to his parent’s home where he called 911 for help.

Hepler was found lying on the living room floor. Investigators went to Hepler’s home where they found blood on the floor and on several chairs.

Gray was seen in the mobile home park after the attack wielding a knife in her hand, but she’d left before law enforcement arrived on the scene. Warrants were issued for her arrest and authorities found Gray and her vehicle at a Mocksville apartment complex.
Rowan authorities made an arrest with assistance from the Davie County Sheriff’s Office.
Gray still had on bloody clothes when they found her and she confessed to killing Hepler, said Rowan Sheriff’s Capt. John Sifford.
“She didn’t show a lot of remorse, to be honest,” Auten said investigators told him.

Rowan investigators say there was no romantic relationship between Gray and Hepler, but they aren’t sure of the exact relationship.

“They were acquaintances. I wouldn’t call it domestic as what we typically classify as domestic between somebody that’s had an intimate relationship,” Auten said.

There are a couple of people of interest who investigators want to talk to about what happened because they may have knowledge of what took place, Auten said.

Barbara Pierce, who lives next door to where the murder took place, said she’s known Hepler for a few months and met him through his mother at church. Pierce, for some time, didn’t know what happened in the mobile home park, but said when she saw detectives and crime scene tape she “knew it was bad.”

Pierce said it was mostly quiet in the mobile home park, but that it’s, “really scary because you never know what’s going to happen.”