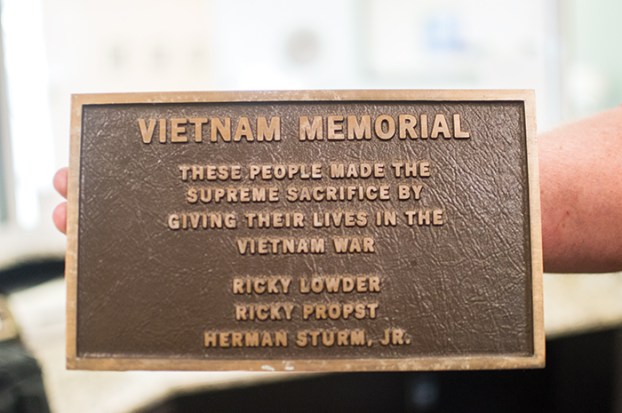 CHINA GROVE — One of the town’s parks has already seen notable changes, and a second is set to receive a new memorial for veterans.

Town Manager Ken Deal expects the cost of the memorial for veterans to be limited. Brick-laying students at South Rowan High  will build the memorial and Salisbury-based company Taylor Clay Products has committed to donate bricks for the project, he said. Brick laying won’t start until next school year, Deal said.

China Grove’s new memorial is proposed for the corner of South Myrtle Avenue and 1st Street. On the memorial, the town hopes to include the names of veterans from China Grove who died in any foreign war. Ketner recommended that people call China Grove Town Hall at 704-857-2466 to contribute names of veterans.

“I never served, but I sure hope we can do something special for our veterans,” Ketner said.

Brick pavers around the wall will allow families to commemorate a veteran who is from China Grove but didn’t die in action. He said the town also hopes to include a couple benches in the memorial.

The town plans to hold a ceremony on Veterans Day for the new memorial, Deal said

Deal said the town hopes to build a permanent stage in Hanna park for events. A permanent stage would be less expensive for the town than its previous practice of renting a stage for downtown events, Deal said. However, that project’s design and cost haven’t been finalized.

There’s more to the Hanna Park renovation than a stage, Deal said. The town also plans to add new shrubs and do landscaping in the park.

“We’re basically trying to do a total facelift,” Deal said.

Ketner said it’s unlikely the town will be able to erect a stage for this year’s Farmers Day.

China Grove board gets a lesson from first graders

CHINA GROVE — Town board members on Tuesday got a glimpse of the town’s future from a group of its... read more