Patrick Gannon: Other voices on HB2 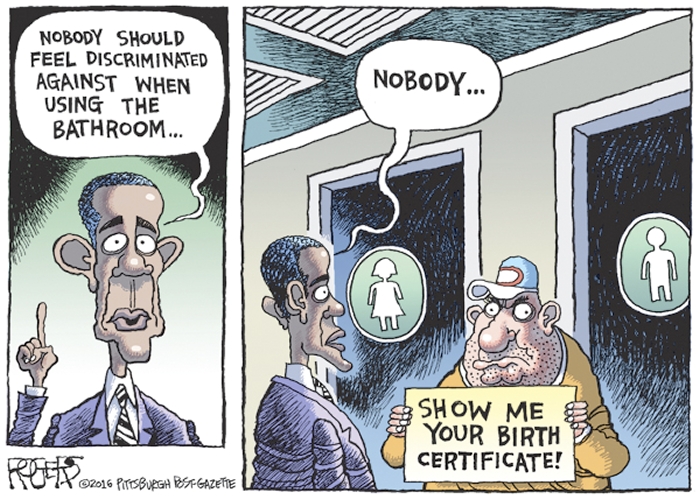 RALEIGH — As you form your own opinions about House Bill 2, you’ve probably heard from LGBT activists. And you’ve listened to members of conservative, religious groups.

Both of those groups have much at stake personally and emotionally on this issue. That doesn’t necessarily make their opinions wrong or any less valuable, but it does skew them.

And you’ve heard politicians — from President Barack Obama to Gov. Pat McCrory to Republican and Democratic members of the N.C. General Assembly — express opinions on HB2. They also have much at stake in this debate. They’re the ones directly involved with the law and the legal challenges for and against it. They also have constituencies and re-election bids to consider.

So let’s step out of the echo chambers of the left and right for a moment and listen to groups that arguably don’t have quite as much on the line in the HB2 fight as the groups I mentioned above.

Let’s listen to the National Task Force to End Sexual Assault and Domestic Violence Against Women, which is made up of 250 organizations aimed at preventing sexual assault and domestic violence.

That group weighed in early during the controversy, calling it a “myth” that nondiscrimination ordinances like the one passed by the Charlotte City Council endanger the privacy or safety of others. “As organizations that care about reducing assault and violence, we favor laws and policies that protect transgender people from discrimination, including in accessing facilities that match the gender they live every day,” the task force said.

The group said states pushing proposals like HB2 claim that they are necessary for public safety and to prevent sexual violence against women and children. The group disagrees.

“As rape crisis centers, shelters and other service providers who work each and every day to meet the needs of all survivors and reduce sexual assault and domestic violence throughout society, we speak from experience and expertise when we state that these claims are false,” it said, adding that assaulting another person in a restroom or changing room remains against the law in every state.

Let’s listen to the Rabbis of the Triangle, who also are demanding the repeal of HB2. “The Torah teaches that all human beings are created in the image of God and imbued with infinite value,” the rabbis said in a statement. “In that spirit, we declare that our state should, under no circumstance, desecrate the holiness and dignity of any citizen.”

Let’s listen to the N.C. Psychological Association, which represents nearly 1,000 members and also seeks the repeal of HB2. The association believes that discrimination harms people and can lead to depression, anxiety, suicide attempts, substance use and eating disorders. The Psychological Association also said targeting a certain group increases alarm and panic in the general public and that mild forms of prejudicial behavior make it easier to transition to more forceful, aggressive displays of prejudice.

And finally, let’s listen to librarians, who have written to McCrory urging HB2’s repeal.

In a letter from leaders of the American Library Association, which has more than 58,000 members, and other library groups, librarians contend that HB2 undermines civil rights and the “fundamental principles upon which libraries are founded.”

“Because libraries are a microcosm of the larger society, they play an important and unique role in the communities that they serve and must seek to provide an inclusive environment where all are treated with respect and dignity,” the letter stated.

If you don’t want to listen to these professionals, then step back in that echo chamber and scream at the top of your lungs that psychologists, librarians, sexual abuse prevention advocates and rabbis are all radical, left-wing extremists determined to allow grown men to share bathrooms with women and little girls.

You’ll probably bump into a few North Carolina politicians while you’re in there.

Patrick Gannon is editor of The Insider State Government News Service in Raleigh. Reach him at pgannon@ncinsider.com.