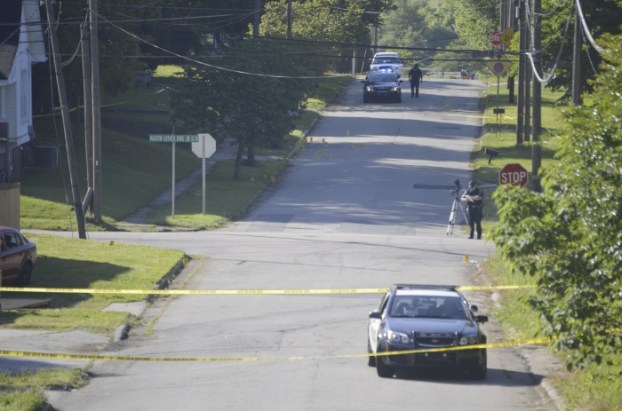 Cruse, 27, whose friends and family knew him by the nickname “Turtle,” are in disbelief about his death.

Salisbury Police received a call at 3:39 a.m. for shots fired in the area of North Martin Luther King Avenue and East Council Street.

Upon arrival, officers located a 2006 Chevrolet that wrecked into a wooden fence in the side yard of 200 N. Martin Luther King Ave. Police said Cruse was found inside the vehicle. He’d been shot and was dead. No arrest has been made as of Saturday.

Tyrone Gibson, said he found out about his cousin’s death from his mother and was at the scene early Saturday morning.

“My mama called me at 6 a.m. and she never calls that early,” he said.

Gibson said his mother told him “someone gunned down” my cousin.

It was Gibson’s understanding that Cruse died and then crashed the car into the fence, he said.

He said Cruse grew up in the neighborhood where he was found, but had not lived there recently. He is a father of four children — two girls and two boys. A son was born about a week ago, Gibson said.

Friend Shanice Graham said Cruse was a great father who loved his kids.

“Now his kids have to grow up without a father due to senseless behavior,” she said.

Graham said Cruse had a good heart and didn’t deserve being shot.

“He did all he could do to take care of his family. He was very funny and kept you laughing every time you were around him,” she said.

Childhood friend John Leach said Cruse was a “great man who would give anything to anybody for nothing in return.”

Leach recalled a time as children when the two grew up playing basketball at Lincoln Pool and “riding trick bikes and just being kids running around doing kid stuff,” he said.

He said Cruse always had a joke and could make anyone laugh.

“He was just a black father trying to take care of his children like any great father would,” Leach said.

As to other unsolved crimes, Leach said “these cases need to be solved.”

Cruse’s death makes the third murder of the year in the city. Police have still not made an arrest in the double shooting turned homicide in March behind the J.C. Price Legion building. Antoine Terrell McGee, 29, and Devon Daniel McGee, 24, were found shot behind the building on an early Saturday morning. Devon McGee later died at the hospital.

Joseph David Walker was killed in early April at his Alexander Place apartment. Neighbors were alerted to smoke coming from his apartment. When firefighters arrived, Walker, 37, was found dead inside. No arrests have been made.

Larry Cruse’s death comes nearly a month after two men were shot in April on South Craige and West Monroe streets, near Livingstone College. In that incident, both men survived, one of whom was shot in the hand and the other in the leg. No arrests have been made in that case.

Police ask anyone with information into the matter to contact the Salisbury Police at 704-638-5333 or Salisbury-Rowan Crime Stoppers at 1-866-639-5245. The calls can be made anonymously.

Growing conditions in Rowan about average so far