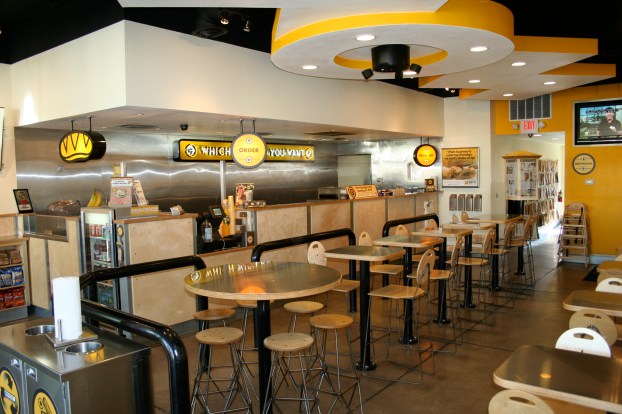 Which Wich Superior Sandwiches will be opening at the Innes Street Market next month.

Which Wich Superior Sandwiches to open in Salisbury

SALISBURY — Which Wich Superior Sandwiches will be opening a restaurant in Salisbury next month.

DJ Mehta is partnering with friend Milind Shah to open the restaurant. They hope to have it open by the second week of June at 235 Faith Road at Innes Street Market.

Mehta is known in the area for bringing the first Dunkin’ Donuts franchise to Salisbury and Cabarrus County.

Shah worked in banking in the New York City area before moving to this area to help Mehta start Dunkin’ Donuts.

Mehta is no longer involved with Dunkin’ Donuts and is working with Shah to bring Which Wich to Rowan and Cabarrus counties.

Mehta said he and Shah chose the Innes Street Market to start their Which Wich franchise because they believed the area would bring in a lot of customers.

“Salisbury’s a good city. It’s got a lot to offer,” he said.

Which Wich first opened in Dallas in 2003 and now has more than 400 locations around the world. The sandwiches are customizable and the shop offers a different type of ordering system. Instead of giving an order to an employee at a counter, customers mark their sandwich specifications and write their name on a brown paper bag and let the sandwich makers do the rest.

The restaurant also boasts of superior ingredients, which is something Mehta said he thinks many in Salisbury will appreciate.

“I think Salisbury’s got a certain amount of its population that look for superior product,” he said.

Right now, the closest Which Wich restaurant is in Huntersville.

Mehta said they will probably invite VIPs to a soft opening and plan a grand opening with a ribbon cutting with the Rowan County Chamber of Commerce for a later date.

Mehta and Shah plan to have a location in Concord that will open in late July or early August, and they plan to open more restaurants in the area in the future.

“(We hope) everybody in Salisbury enjoys the sandwiches and comes back on a regular basis,” Shah said.