Lynch to trans community: I’ve got your back 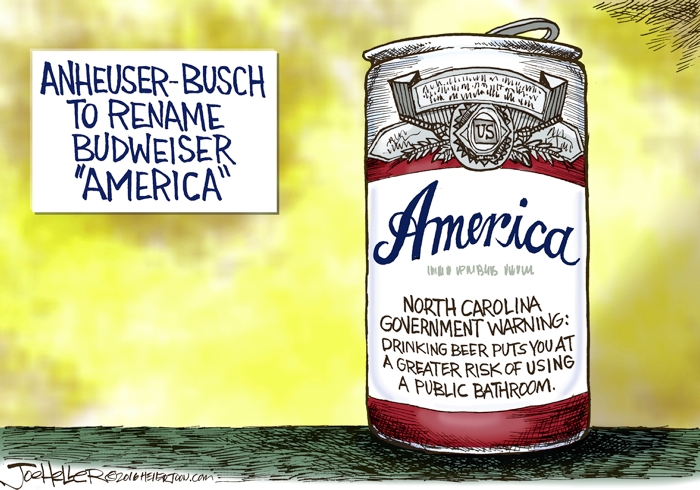 “As Americans, we respect human dignity, even when we’re threatened,” which is why, President Obama said in his 2015 State of the Union address, “we defend free speech, and advocate for political prisoners, and condemn the persecution of women, or religious minorities, or people who are lesbian, gay, bisexual or transgender” (LGBT). By merely saying the word “transgender,” Obama did something no other president had ever done in a State of the Union speech.

On Monday, the Justice Department went a giant step further. It is suing North Carolina over its blatantly discriminatory “bathroom law” that requires transgender men and women to use the bathroom of their sex at birth. And as incredible and unprecedented as that move is, Attorney General Loretta Lynch’s remarks justifying her action were breathtaking. None more than the penultimate paragraph.

“Let me also speak directly to the transgender community itself. Some of you have lived freely for decades. Others of you are still wondering how you can possibly live the lives you were born to lead. But no matter how isolated or scared you may feel today, the Department of Justice and the entire Obama Administration wants you to know that we see you; we stand with you; and we will do everything we can to protect you going forward. Please know that history is on your side. This country was founded on a promise of equal rights for all, and we have always managed to move closer to that promise, little by little, one day at a time. It may not be easy — but we’ll get there together.”

The emotional punch is in “we see you.” Minorities long to be “seen” by their government. Not as a problem or a nuisance, but as an integral part of society that is owed the same equal protection under the law that others take for granted. This is especially true for transgender Americans.

After decades of being the silent T of LGBT, the transgender community finds itself at once a hot topic and a target. So-called bathroom bills are part of the larger backlash against the Supreme Court’s historic ruling legalizing same-sex marriage. At the same time, the nation is engaged in an incredible conversation about what it means to be transgender. From Caitlyn Jenner and actress Laverne Cox to Harvard swimmer Schuyler Bailar and little Jacob Lemay, we are all learning.

Many transgender Americans still suffer in silence, fearful that living as their true selves will lead to a loss of livelihood and family. And those who do have the courage to live their truth worry not only that society won’t accept them, but also that their government won’t protect them from the bigots intent on stripping them of respect and dignity. Not anymore. More than a year after the president simply said the word “transgender,” the attorney general of the United States was clear: “We will do everything we can to protect you going forward.”