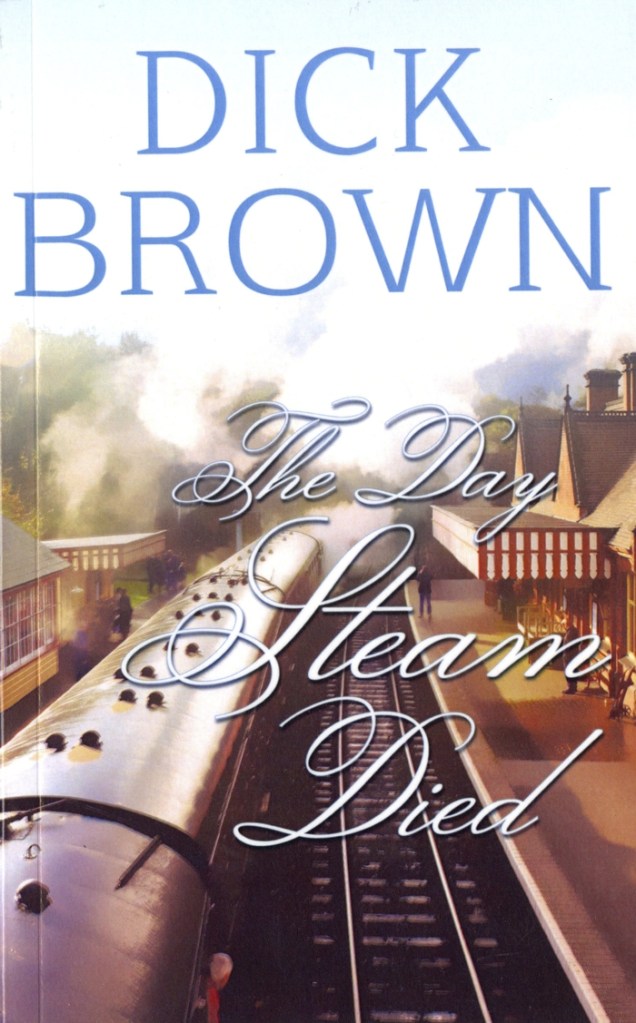 Dick Brown, formely of Spencer, has written a novel of romance.

“The Day Steam Died” is a novel of romance, injustice and illegal activities set in Bankstowne — actually Spencer — Winston-Salem and Raleigh.

It begins and ends on the day a state legislator announces the Bankstowne Shops steam repair facility will be shut down and turned into a museum — what we now know as the North Carolina Transportation Museum.

Author Dick Brown, who also wrote “King of the Mountain: The Jerry Moore Story ” about the Appalachian State University football coach, is a Spencer native who remembers what the town was like in boom and bust.

Brown uses some authentic details while making up the rest of the story of young Rick, fledgling reporter; Ann, the pretty girl with an alcoholic father; and Tank, the football star and bully who will become that state legislator.

Brown writes in the book that his wife calls this a romance novel, and there’s quite a bit of sexual activity in it, and a lot of broken hearts. Most all of the families are troubled, whether from the loss of a job at the shops, other self-inflicted woes or the death of a loved one.

The book begins in 1955 when Rick is a teen-ager in love with his neighbor Ann. It takes the families through numerous trials and then Rick is off to college.

You know the course of true love is a bumpy one, and by the end of the novel, it’s still questionable what the future holds.

Meanwhile, Brown includes chapters about the big railway strike that really did happen, along with damning evidence against Tank and his ambitious father, who arranges for certain things to happen to his advantage. All Tank wants to do is play pro football after his daddy buys him a degree at Carolina. But no, Sam Turner needs someone in the legislature who can help make his illegal cigarette business more profitable.

After an unfortunate event, Ann and her family end up under Sam’s thumb, too, and so begins years of secret observations, suspicions and subjugations. As if Ann has not suffered enough, Brown adds more tragedy to her life.

The dialogue is sometimes stilted, the sex scenes uncomfortable, and the story a bit fractured. It has little to do with the departure of the steam engine from the shops which is more of a loose frame for the story. Brown mentions landmarks in Spencer but does not delve into the character of the town once the shops shut down. The lean years were quite painful in Spencer, maybe too depressing for a novel that is more about intrigue and romance.

Brown now lives in Texas and is writing a book, ‘Blue Bloods of Bois D’Arc,” about a family in a small town near Dallas.

He worked as an illustrator and supervisor for an aerospace defense contractor, then became a journalist in Texas. He won an award for a short story and is now retired.