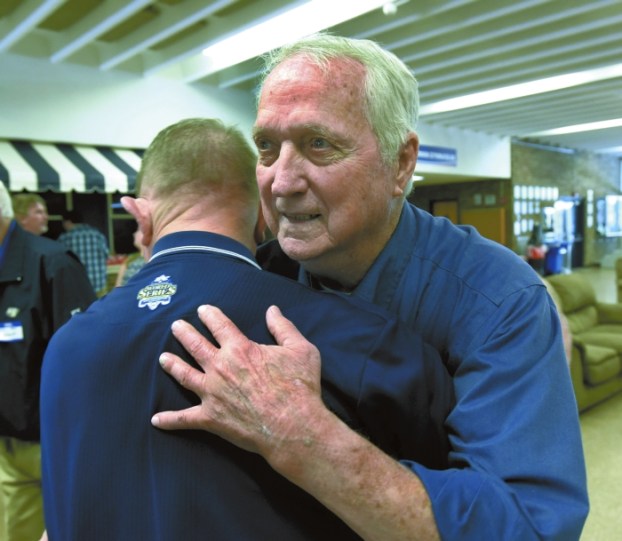 Wayne Hinshaw/for the Salisbury Post ... Coach Pete Stout gets a hug from Steve Butler during a reunion honoring Stout on Saturday afternoon at Goodman Gym. Butler is a former football player at Williams High School in Burlington, where Stout coached in 1976-82. The Hall of Fame football coach had a high school record of 234-63-14, including his years at Boyden/Salisbury High.

By Dennis Davidson dennis.davidson@salisburypost.com Just over a year ago, Scott Young stepped down as head football coach at West Rowan... read more