The Rev. Dr. Gary Weant had ‘an impact on so many people’ 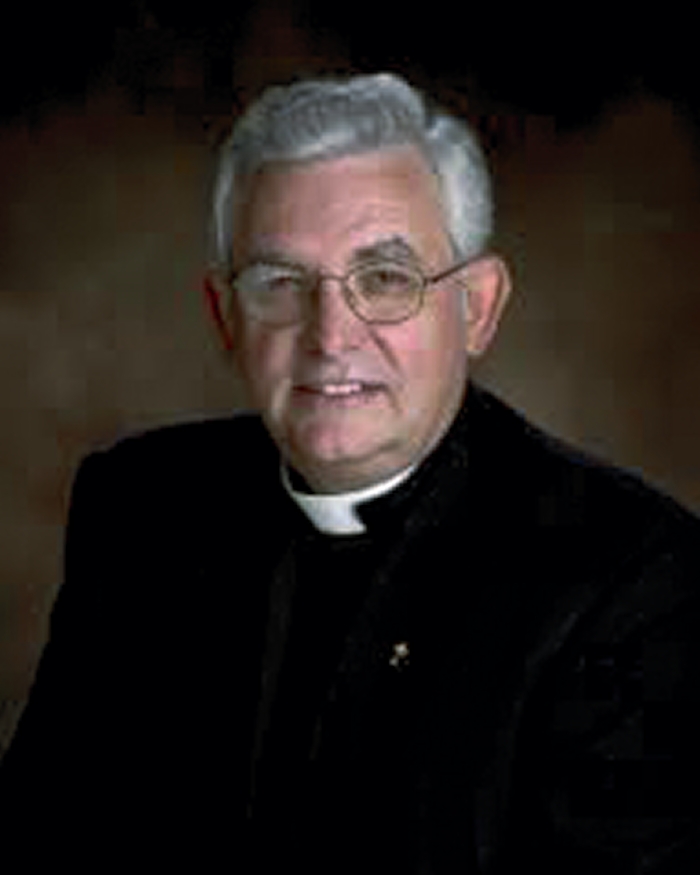 The Rev. Dr. Gary Weant died on April 29 after a valiant and defiant battle with cancer. But he left behind an enormous spiritual legacy at the only parish he ever served.

The hundreds of people who attended his visitation and prayer service on Monday and his funeral on Tuesday morning bore witness to the community’s great love of Gary and his family.

For 40 years, Gary pastored Philadelphia Lutheran Church in Dallas. After being diagnosed with a rare cancer that took his right arm and shoulder, he fought hard and continued his pastoral duties, which included serving as secretary of the North Carolina Synod Council.

“I’ll just be doggone if I’m gonna let this handicap me,” he said last fall.

In November, the congregation called the Rev. Dr. Marcus Miller, a retired bishop and former seminary president, to serve as assistant pastor, to gently lead the congregation through a transition they knew was coming.

“If cancer takes me down,” Gary said that same month, “we’re going down together, and his damn tongue’s gonna be hanging out.”

Yet the mood on Monday evening was not one of defiance, but one of deep appreciation for a man who spent two-thirds of his life among his flock.

The octagon-shaped contemporary-style sanctuary was full. Gary once remarked that if his parishioners got bored, they could at least look out at the trees through the upper windows, green and beautiful on this spring evening.

The gold leafing of the Bible on the pulpit was worn off on one side, surely the result of Gary’s hand turning those pages over the years. Two smaller Bibles had been placed on his casket, both well worn, and Gary’s body was dressed in white vestments, the color of the Easter season.

Gary was determined to carry on. He had last preached on April 10, and led worship on April 17. The next weekend, he attended events at Lenoir-Rhyne University centered on its a cappella choir, although he didn’t feel up to attending worship that Sunday.

Susan Lineberger married into the congregation. “He could speak to any aged person about any subject,” she said. “To our children, he was a friend who stood in the pulpit and used big words on Sunday morning.”

He got to know the children, and what their interests were. He attended games and graduations. Despite having his arm amputated in late November 2014, he accompanied the youth when they went Christmas caroling weeks later, dozing between stops because of his pain medication.

Susan lifted up Gary’s spiritual influence, and his spiritual legacy.

“If anyone was in need, he was there to assist,” Rusty said.

A 40-year tenure at a congregation is rare, but not unheard of, said Bishop Tim Smith, who presided at Gary’s funeral.

But because of Gary’s longtime presence, not only is the congregation coping with the death of its pastor, it’s also like losing a family member.

Pebbles Cloninger’s parents were in their mid-30s when Gary arrived, and they’d served on his call committee.

“Nobody now has any idea what the call process is like,” she said, although Dr. Miller is there to guide them through it. He’ll stay at Philadelphia through Christmas, the bishop said.

The Rev. Phil Tonnesen, a member of the bishop’s staff, estimated that some 100 pastors — Lutheran pastors and colleagues from other denominations — attended Gary’s funeral.

“Gary just had such an impact on so many people, with his leadership positions in the Synod and with Lenoir-Rhyne,” he said Thursday. “All the outreach ministries in Gaston County had Gary’s hands on them.”

In fact, those pastors lined the sidewalk from the church to the plot of land in the cemetery, tucked into a corner at the very top of the hill, just yards away from the congregation Gary so loved.

It was a sunny morning, a true moment of light. Gary sought such moments of light during his illness.

“I hope my experience might be a sign of encouragement to people,” Gary said in November. “It is endurable. There are dark days and dark moments, but there is healing, and moments of light as well. We do need to be rescued from evil, because it is bigger than we are. My confidence is not in my abilities, but in the abilities of the one who makes all things new.”