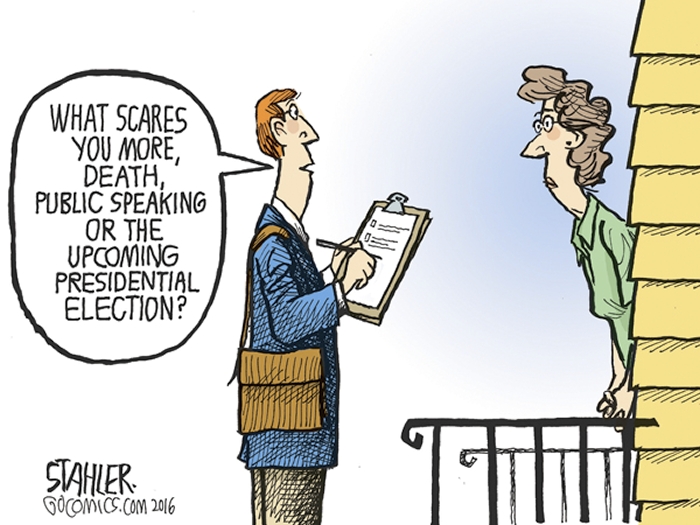 … Priority must be improving schools

I would like to hear more of your ideas, especially about how replacing the current teaching staff and cracking down on discipline is the answer to improving student success. We have excellent, dedicated teachers in Rowan-Salisbury Schools, so I’m not clear on what you would like to see them do differently.

I agree that closing schools just to save money is the wrong approach. We must decide as a community whether we want to raise property taxes to pay for small, local schools or keep taxes low and consolidate. I would really like to see more evidence for improving student success from both sides of this debate.

Mr. (John) Leatherman, if you’re interested in better schools, there’s a place to look that you would probably not want to look. Look at the political party that has taken over the state and has had all the power in Rowan County for many years.

Just look at the counties in North Carolina with the best performing schools. And look at the balance of power between the political parties.

… Democrats have long supported public education. We made a lot of progress with Sanford, Hunt, and Easley. McCrory has been a huge step backwards. Republicans prefer free market and have a tendency to support private education.

… Around here, underfunding the schools is popular. It’s good politics. Trashing people and saying they waste money is good politics. Running for office as a Democrat who wants to invest — really invest, in the future, in educating children — will not get anybody elected.

And there’s an impact to getting behind and staying behind for a long time. It costs even more to catch up.

A child who learns to think critically, how to search for knowledge, how to work well with others, will always be able to find work, or better yet, to create work. This kind of education is, in my opinion, rarely offered in large, impersonal schools. It is found in small schools where staff, students and parents come to know each other well, and where the school system supports the introduction of new technology, science and wider social interactions.

This isn’t an answer to the consolidation issue. But it is a call to parents to really think about the kind of education best suits your child to enter a rapidly changing world. Will your children be ready, or will they be suited to be no more than a number in the labor force?

Kudos to the county commissioners for, ultimately, making the right decision. Once again, Pierce sees no issue with taking up a conflict of interest and destroying those lines between his interests and his responsibilities and duties as an elected official representing everyone in Rowan County.

While it may mean party solidarity to offer up a lease to the political party of the local government, that is an undeniable conflict of interest unless the commissioners would have been prepared to offer identical space at the same terms to the local Democratic Party as well.

Pierce knew the vote was going to be 4 to 1. Why didn’t he just drop the issue? And what’s up with all the threatening emails? Is the local Republican Party that angry and divided? Pierce always acts like a bully. His actions have to be fueled by more than just his overwhelming sense of mall pride. Something else is going on.

And as to those so-called “progressives,” who say that conservatives are trying to return North Carolina to the 1950s, ahhhh, would that it could be. How fondly I recall those days. I was here then, they weren’t, so my opinion trumps theirs.

Mr. Sharp, you should not be accused of bloviation, mediocre or otherwise. You spoke truth to power clearly and succinctly. Your opinions are based on evidence and history some people want to rewrite, spin or ignore for the sake of instigating conflicts among North Carolinians over non-issues.

The so-called growing tide of outrage was caused by a distraction reflected in the first parts of the HB2 bill. The bathroom issue is a red herring and a non-starter. The later parts of this law should make people take notice and realize that they are being played.

People need to carefully read the entire bill and give careful thought to the questions you raise in your letter’s last paragraph. The devil is in the later sections of the law, not the first.

Regarding Jim Younts’ letter, for men that claim to be transgender but are not, entering a women’s room is against the law, and at the very least they would be removed by the police. Men harassing or peeping in women’s rooms is illegal and still is in the over 200 cities and counties that have gender identity non-discrimination laws.

In case you were unaware,  the Republican Convention is being held in Cleveland, which is boycotting non-essential travel to North Carolina due to Hate Bill 2. How about them apples?

To me, it is plain that people are born as they are — and it is a shame that North Carolina is awash in ignorance, hysteria, ugly meanness and threats of violence to people who are different.

… Editorial: Public makes good points, if given a chance

Chuck Hughes needs someone to make him a life skills cheat sheet. Could be a good project for an elementary school class.

Ouch! I stand guilty of allowing emotions to drive my comments at times. I also admit that patronizing is not one of my skills, nor is it a desired one.

The valid points made were difficult to hear as they were buried by shouts and threats. Only after the ringing in my ears cleared was I able to focus on them.

As for cheat sheets, Mr. Davis, had we used them in Vietnam, more of my comrades would still be there. Had we used them during my years (three months out of every six for six years) submerged classified numbers of feet below sea level, more boats than the USS Thresher would be resting there.

I survived 20 years with the USN and USMC without a cheat sheet; I believe I can survive a tour on Rowan County’s Board of Education without one.

Oops, there go the emotions again.

Chuck Hughes is an amazing man, and everyone has imperfections. The fact that you all chose to attack the one person who made some semblance of a point instead of excuses astounds me. In my many years of knowing him, emotional is not one of his dominant characteristics.

He admitted he heard the points, and in my opinion, the whole board should be under fire, not just Mr. Hughes.

It angers me greatly seeing people form an opinion without knowing anything about a person. That’s what’s wrong with the world. So busy judging. I’m disappointed.

I know cholesterol is important, but Rowan County barbecue represents quality of life!

Are we digging our graves with our teeth as we sit on our behinds with little or no exercise?

… Called to be a nurse

Mrs. Kimball is such a kind and wonderful person. I used to attend church with her at Haven Lutheran Church and I remember she always spoke to me with a smile. God bless.

Great article and even greater nurse.

Wow, she has been my mama for 45 years and I have never heard any of those particular stories. None of them surprise me, though. She gives the best hug I’ve ever had.

Mrs. Wendy R. Jackson is a jewel. She is very much appreciated at Livingstone College and Moore’s Chapel AME Zion Church.

Thank you, Mrs. Jackson, for all that you do for Student Health Services, the other departments on campus and for our students. You’re the best!

Mrs. Jackson and her staff are professional, courteous and on point in all interactions with the students. I have really appreciated all of them going beyond the call of duty to make my education as stress-free as they could. Making a call or explaining protocol is done without asking questions.

I thank all of you for helping me, and get some rest Saturday evening. Again, thank you.

I’m glad the majority of the commissioners agreed that the GOP headquarters shouldn’t be placed in the mall. Taxpayer money shouldn’t subsidize political parties.

There’s also much risk of the illusion of impropriety: even with the offer of equal space for equal money, the concern of arguments about who got the “better” government-subsidized space makes the plan a non-starter.

Anyone who missed it should go back and read Dr. Waiter’s article. It could serve as an accurate and well-deserved indictment on America.

Unfortunately, the moral, social and political decline he describes has been brought about by many liberal “progressives” who are doing a great job of actively destroying our country from within, and the greater number of conservative traditionalists who remain strangely silent and are allowing it to happen.