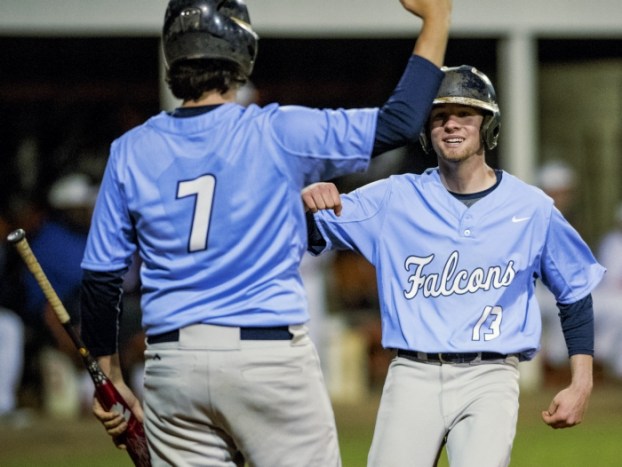 SPC baseball roundup …
Top-seeded West Rowan scored seven runs in the first inning and rolled to an easy, 11-1, victory against Concord in a South Piedmont Conference Tournament semifinal played in the rain in Mount Ulla.
Thursday’s victory against the fifth-seeded Spiders lifted the Falcons to a 21-5 overall record.
The biggest story for West was the return to the mound of lefty Bryan Ketchie.
Ketchie, a Catawba signee, hadn’t pitched since March 18 due to a bout with pneumonia.
Ketchie was sharp against the hard-hitting Spiders (12-13), striking out five and allowing three hits. He improved his record to 7-2.
Trevor Atwood had three hits for the Falcons, while Lee Poteat and Kacey Otto had two each. The Falcons got two RBIs each from Atwood, Jonathan Luther and Austin Love. West had 12 hits in the five-inning game and took advantage of seven Concord errors.
West will host tonight’s tournament championship game against third-seeded Carson. Caleb Link is the probable pitcher for the Falcons.

Carson 10, Cox Mill 0
Sophomore Cameron Prugh (5-1) pitched five strong innings with six strikeouts, and the Cougars rolled to an easy victory over the seventh-seeded Chargers, who had upset No. 2 East Rowan in the first round.
Prugh held the Chargers to three hits. Tanner Christy pitched the sixth inning.
Carson (17-9) took a 2-0 lead early and scored six runs in the third inning to make it a laugher. Carson ended the game via the 10-run rule in the sixth.
For the second straight night, Carson was the home team in a road game. Carson would’ve hosted Cox Mill, but the Cougars’ field remained unplayable for the second straight night following a downpour on Tuesday.
Carson rapped out 10 hits.
Michael Morrison stayed hot at the plate. He had two hits and drove in three runs for the third straight game. Morrison is batting .405 with 26 RBIs.
Brycen Holshouser had two hits and three RBIs. Owen White had two RBIs.
Alex Shumaker and Brando Mock drove in a run apiece.
Carson can move up to a No. 2 seed for the state playoffs while bumping East Rowan down to No. 3 if it wins at West Rowan tonight at 7 p.m.
West Rowan and Carson split in the regular season. Carson’s probable starting pitcher is Maddux Holshouser.

CCC
North Rowan plays Salisbury tonight at 7 p.m. at Thomasville’s Finch Field for the Central Carolina Conference Tournament championship.
North will be the league’s top seed for the 2A state playoffs, while Salisbury (12-13) took the No. 2 seed for the playoffs with a semifinal win against West Davidson.
Noah Gonzalez will start on the mound for the Cavaliers (16-7), who own a nine-game winning streak and swept the regular-season games from the Hornets.