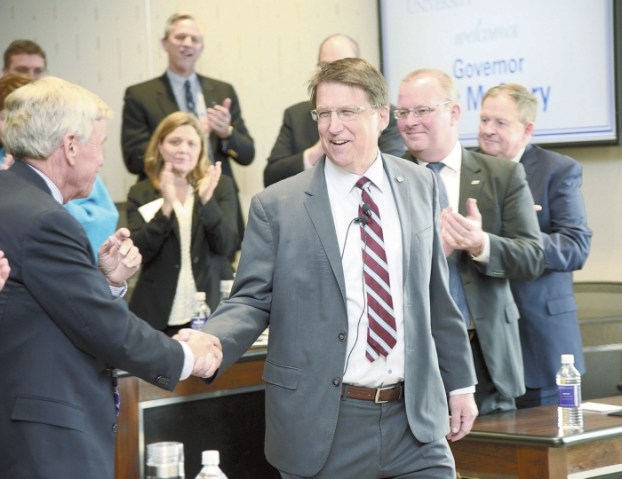 RALEIGH — This column is what we call in newsroom parlance a “fetcher.”

I’m not attempting to tell you something you don’t know, but rather asking for input on the most important issues facing North Carolina as we trudge toward the November elections. I hope to use your responses in columns to highlight the top issues in state government over the next few months.

Of course, House Bill 2 is taking up much of the political energy in the state right now, so I’ll begin with that.

I want to know whether you are directly impacted by the passage of House Bill 2 and whether you believe you would be directly affected if it wasn’t the law.

Are you a worker facing discrimination from an employer who now will have fewer options when trying to get a fair result in court?

Are you or do you expect to be personally affected by HB2 in any other way?

I’m trying to get a sense of how many people are directly affected by that issue and whether it’s worth the amount of anger it’s eliciting and attention it’s getting. It very well might be, but I’m seeking real-world examples, not the ones from other states shared widely on social media (Please don’t forward those.)

I’m also looking for people whose decisions in November won’t be based on bathrooms or discrimination toward the LGBT community, but on other issues in state government that are getting less attention.

What issue is most important to you this year, as state lawmakers launch the 2016 legislative session in Raleigh?

Are you a teacher or state government employee who believes you deserve a raise? Do your children attend a school where funding is inadequate to meet their needs?

Can you afford to send your high school student to college? Are you a recent college graduate suffocating under the weight of student loans?

Do you drive to work every day on roads that need to be repaired or widened to accommodate the traffic? Should mass transit, such as rail service, be a higher priority?

Do you live in an area where your water source is affected by coal ash contamination?

Would you be able to get better health care if the state expanded Medicaid to more people?

Are you an unemployed worker whose benefits have dried up? Are you having difficulty finding a new job or a job that pays a decent wage? Should the state do more to try to attract new businesses through incentives or other actions?

Is your business booming because of recent changes in state law, such as tax cuts and decreased regulations?

Are you paying more or less in taxes and fees than you did last year? Should the state cut taxes for the middle class as lawmakers are proposing? If not, how should the money that would go back in your pockets be used in the state budget?

With elections ahead, this is an important time in North Carolina – and not just because of House Bill 2.

I want to learn from you. And so should our state’s elected officials.

Patrick Gannon is the editor of The Insider State Government News Service in Raleigh. Reach him at pgannon@ncinsider.com.

… Priority must be improving schools I would like to hear more of your ideas, especially about how replacing the... read more