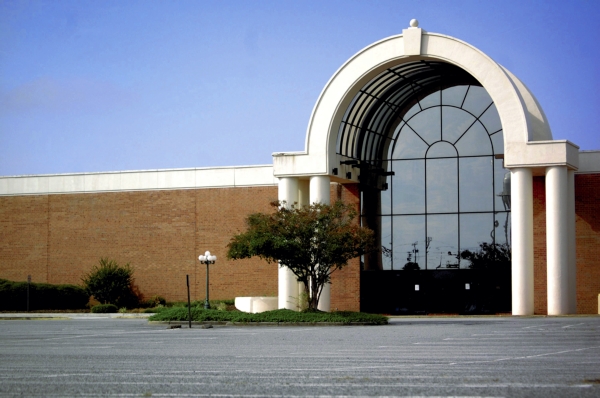 Pierce on short end of 4-1 vote Chairman Greg Edds said commissioners should avoid what might be perceived as a conflict of interest.

It’s not clear why Commissioner Craig Pierce was so determined Monday to lease space at the West End Plaza for the Rowan County Republican Party’s headquarters, but he certainly added drama to Monday’s commissioners meeting.

The former Salisbury Mall belongs to the county, so the Board of Commissioners has to approve leases. Fellow board members voted down Pierce’s motion for the GOP lease, citing several reasons. Chairman Greg Edds didn’t want to give critics new fodder with a perceived conflict of interest for the all-Republican board. Commissioner Judy Klusman recalled the board had decided not to sign new leases until a longterm plan comes together.

Here’s another reason to nix Pierce’s motion, a reason hinted at but not fully articulated. As a former shopping mall in need of a new role, the plaza faces enough challenges without taking on a political label. Though Pierce said he’d be willing to lease space to any political party, the lease in question could lead the property to become known as the “Republican mall.” That may be fine with party loyalists, but most commercial businesses would rather steer clear of politics.

The undercurrent of animosity in Monday’s discussion suggests the vote was about more than a lease. Pierce said other commissioners could “deal with it” if the lease didn’t win approval, as if there would be consequences. Then Edds asked whether “the threatening emails and texts will stop.”

If the vote was a GOP loyalty test, the four who opposed Pierce passed with flying colors. They resisted what might appear to be a cozy deal and helped maintain their party’s integrity. There is office space all over Salisbury and Rowan County that the party could lease without fueling partisan suspicions.

Tensions are high in some corners of Rowan County, largely over possible school closings. The school board’s consideration of several closings has been reminiscent of Salisbury’s attempt to annex neighborhoods off N.C. 150 several years ago. Even after the council dropped the plan, annexation opponents stayed riled up, and several remain hypercritical of city actions to this day. Annexation turned ordinary residents into activists, and consolidation could do the same thing. The difference is that the school board has not voted on a final plan and is likely to consider other scenarios. The process needs time.

School consolidation has nothing to do with GOP headquarters but everything to do with the “crazy times” Edds referred to in Monday’s meeting. We all have to “deal with it” when controversy roils the community. Now more than ever, the county has to take the high road.

By Allison Jane Smith Special to the Washington Post In March, a Carnegie Mellon University study confirmed what any casual... read more