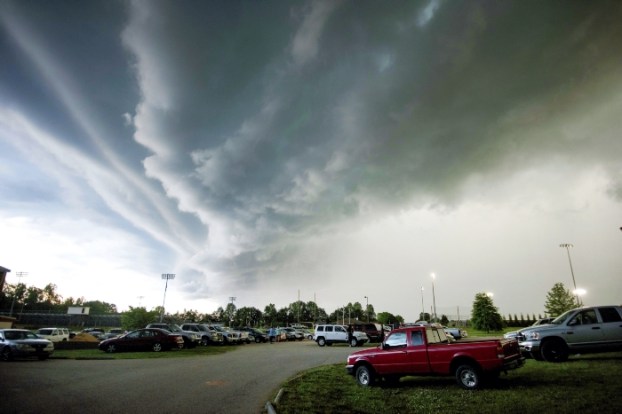 The stormy weather is winning this week.

West Rowan dodged the weather on Monday night and got its 10-0, five-inning win over Robinson in South Piedmont Conference Tournament first round play. However, Concord at South Rowan, Hickory Ridge at Carson and Cox Mill at East Rowan were all postponed.

Carson and East Rowan decided to try to play, but Mother Nature would have something to say about it.

In China Grove, with just the second batter of the game for Hickory Ridge standing in, the game was delayed for lightning. The lightning eventually was bad enough for officials to clear the ballpark and then heavy rains came. And that was it.

At East Rowan, the two teams made it to the second inning, with the Mustangs leading, 1-0. Undoubtedly, the same storm arrived in Granite Quarry and first delayed the action, and then forced the umpires to call it after the “bottom dropped out.”

Those two games, along with the Concord-South contest, will be attempted again today. All are scheduled to start at 7 p.m.

In the Central Carolina Conference, the Salisbury-Thomasville game was rained out on Monday and then canceled on Tuesday, due to wet conditions.

A decision was made to advance Salisbury, the No. 3 seed, into Wednesday’s CCC semifinals at Finch Field in Thomasville (7 o’clock).

North Rowan, the No. 1 seed, had a first-round bye has been waiting for today’s semifinal matchup with East Davidson (4:30), also at Finch Field.

West, the regular season champs and No. 1 seed in the SPC, awaits the Concord-South winner. That game would be on Thursday at West, if the Raiders and Spiders get to play tonight.

From staff and wire reports West Rowan, the No. 2 seed, beat Northwest Cabarrus, 8-4, on Monday in the first... read more