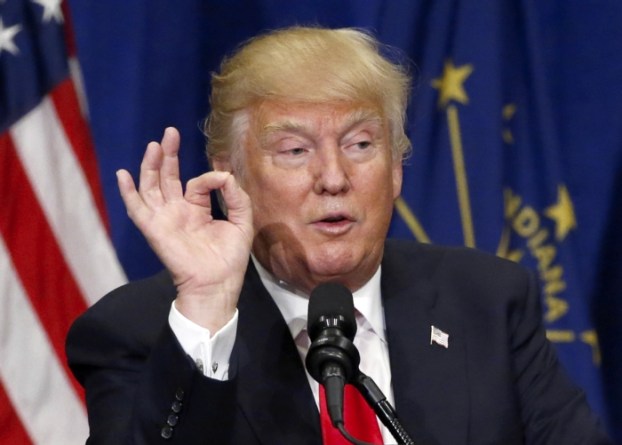 In March, a Carnegie Mellon University study confirmed what any casual observer of the primaries knows — Donald Trump uses the simplest language of the candidates and Sen. Bernie Sanders the most complex.

Yes, he uses simple words. But he’s only doing what every politician should.

When speaking to or writing for a broad audience, it’s a best practice to speak at an eighth-grade reading level. This is because more than 40 percent of Americans have only basic literary skills, according to a 2003 assessment. Even highly educated people prefer to read below their formal education level.

A presidential candidate wants to be understood by all voters, from immigrants whose first language isn’t English to those with advanced degrees in linguistics. Speechwriters know this and write accordingly. It is more important to be understood than to use $10 words.

Interestingly, the way Trump speaks does not make his supporters think he is speaking down to them. The opposite, in fact, appears to be true. “He’s … talking to us not like we’re stupid,” one Trump supporter said in a focus group.

Research suggests that for public speakers, the precise words they use are less important than their body language, tone and brevity. Most of the words spoken in a speech don’t register in the listener’s brain. They are more likely to remember the general tone of a speech and how it made them feel.

In a contest for memorable words, though, Trump often bests his opponents. Compare Trump (“We can’t continue to allow China to rape our country”) with Clinton (“We will throw the book at China for their illegal actions”).

As a real estate agent’s adage is “location, location, location,” a communicator’s is “know your audience.” Legal, scientific and academic audiences indeed require highly technical and complex language to precisely convey the correct meaning. But politicians speak to all Americans, and, for the most part, they know this requires simple language. The Carnegie Mellon study found that “most candidates using words and grammar typical of students in grades 6-8, though Donald Trump tends to lag behind the others.”

At a South Carolina campaign rally in December, Trump defended one of his favorite words. “I know words; I have the best words … but there is no better word than ‘stupid.’”

Setting aside this cavalier attitude in commenting on others’ intelligence, from a linguistic perspective, Trump is right. Why say “idiotic,” “misguided” or “disingenuous” when plain old “stupid” will do?

New York magazine’s video called Trump’s low-level readability “a little bit mind-blowing.” It also showed a clip of Clinton stating, “Tonight it is clearer than ever that this may be one of the most consequential campaigns of our lifetimes.”

According to the Flesch-Kincaid index, the most widely used test to assess readability, Clinton’s sentence is at a 10th-grade reading level. It has the same meaning if edited to “Tonight it is clear this may be one of the most important campaigns of our lives,” at a sixth-grade level. In this case, simpler language does not equal less meaning. It equals better comprehension.

Trump’s “low-level” grammar was only slightly lower than the grammar of other candidates, and the news media know full well the importance of using simple language. The majority of American publications, including NPR and the New York Times, keep their writing at an intermediate reading level. That publications would declare the language in Trump’s speeches to be newsworthy shows a deep cynicism and eagerness to play to their audiences’ desire to feel superior to Trump and his supporters.

As it happens, the Flesch-Kincaid index measures Ernest Hemingway’s “The Old Man and the Sea” at a fourth-grade reading level. Again: Complex grammar and complicated words are not necessary to make an impact. William Faulkner famously insulted Hemingway by saying, “He has never been known to use a word that might send a reader to the dictionary.” Hemingway countered, “Poor Faulkner. Does he really think big emotions come from big words?”

Politicians want to evoke big emotions. They are better at doing so when they emulate Hemingway rather than Faulkner. No, Trump will never send anyone to the dictionary, but why would he want to?

Those criticizing him for using simple language reveal their own ignorance, rather than his.

Allison Jane Smith is a freelance writer and communications consultant.