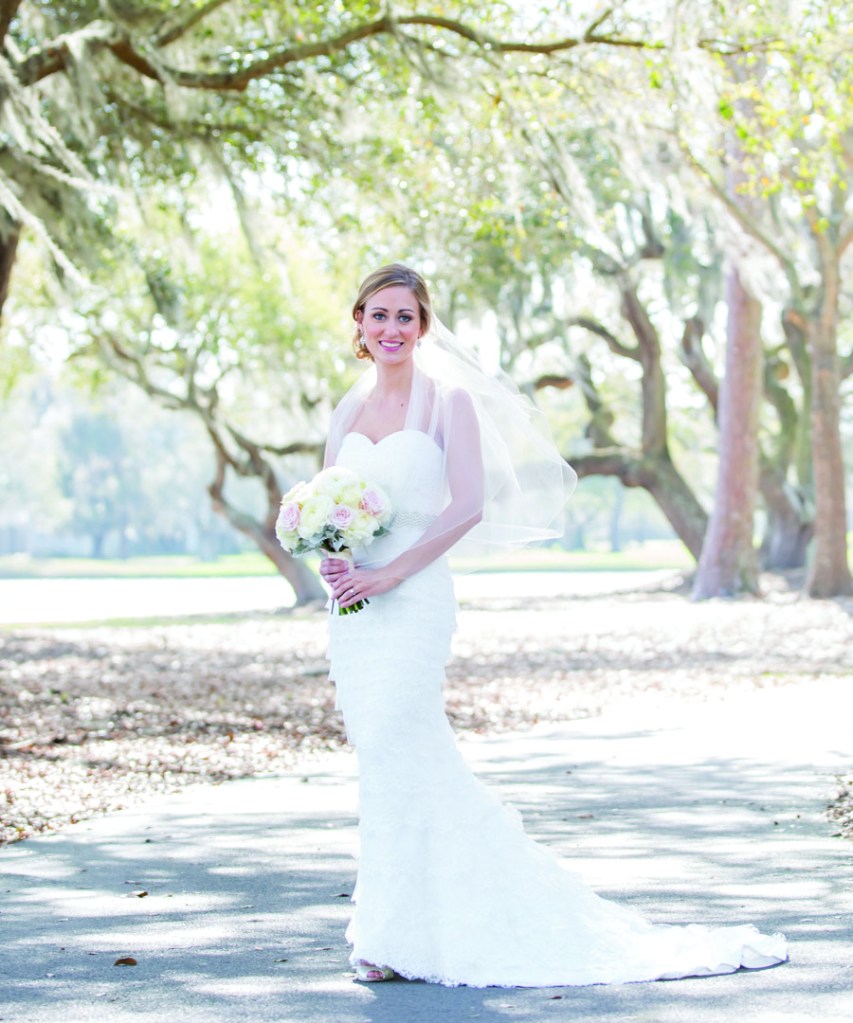 Joyce Lillian “Joy” Ritchie and Thomas Crockett “Tommy” Harper were united in marriage on Saturday, April 30, 2016 at DeBordieu Colony Club in Georgetown, S.C. Pastor Rhodes Woolly, of St. John’s Lutheran Church in Salisbury, officiated the 5:30 p.m. ceremony.
Immediately following the ceremony, the bride’s parents hosted a reception at DeBordieu Colony Club.
The bride was given in marriage by her father and was attended by Megan Davis of Arlington, Va. as matron of honor. Bridesmaids were Marla Lyerly of Clemmons; Katie Harper of Winston-Salem; Kristen Butler of Raleigh; Ellen Turk of Durham; Krista Pool of Huntington Beach, Calif.; Rachel Brown of Weaverville; and Cassie Fadeley of Arlington, Va. Junior bridesmaids were Molly and Morgan Jacobs, both of Clemmons.
Best man was Andy Harper, brother of the groom, of Winston-Salem. Groomsmen were Nick Siega-Riz of Winston-Salem; Kyle Mischler of Conover; Jordan Backus of Linden; Jordan Alred of Raleigh; Chace Lyerly of Clemmons; Carl Ritchie of Salisbury; and Ben Ritchie of Salisbury.
Susie Wear of Salisbury was the Scripture Reader. Guest Registrar and Greeters were Susie Wear and Bailey Ridenhour of Salisbury.
The bride is the daughter of Cliff and Amy Ritchie of Salisbury. She is the granddaughter of Raymond Ritchie of Salisbury and the late Shirley Ritchie and the late Joyce and Don Benton, all of whom will be forever in our hearts. A 2005 graduate of Salisbury High School, Joy graduated from the University of North Carolina at Chapel Hill in 2009 with a degree in business administration. She graduated with a Master’s in Business Administration from Wake Forest University in 2015. Joy is the marketing director for Carolina Beverage Corporation/Cheerwine.
The groom is the son of Mark and Judy Herman of Clemmons. He is the grandson of Henry and Frances Warren of Clemmons and Bob Herman of Clemmons. A 2005 graduate of West Forsyth High School, Tommy graduated from Appalachian State University in 2010 with a degree in business administration. He is the operations manager at Herman’s Landscaping.
Following a honeymoon to Costa Rica, the couple will be making their home in Winston-Salem.