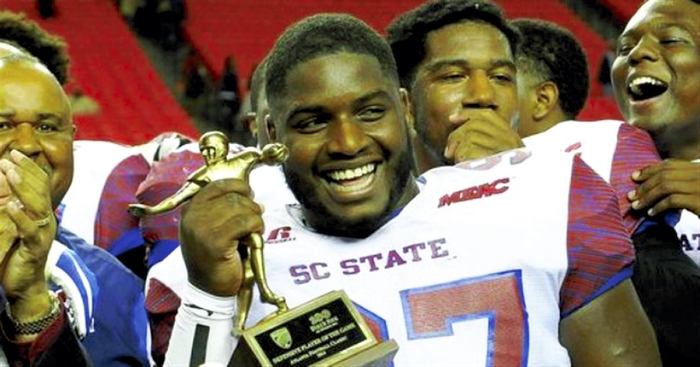 photo courtesy of scsu.247sports.com ... Javon Hargrave is all smiles after South Carolina State shut out N.C. A&T, 13-0, on Oct. 4, 2014, in the Atlanta Football Classic at the Georgia Dome. Hargrave, a former North Rowan High School star who was drafted by the Pittsburgh Steelers on Friday night, was the defensive player of the game with six tackles and two QB sacks.