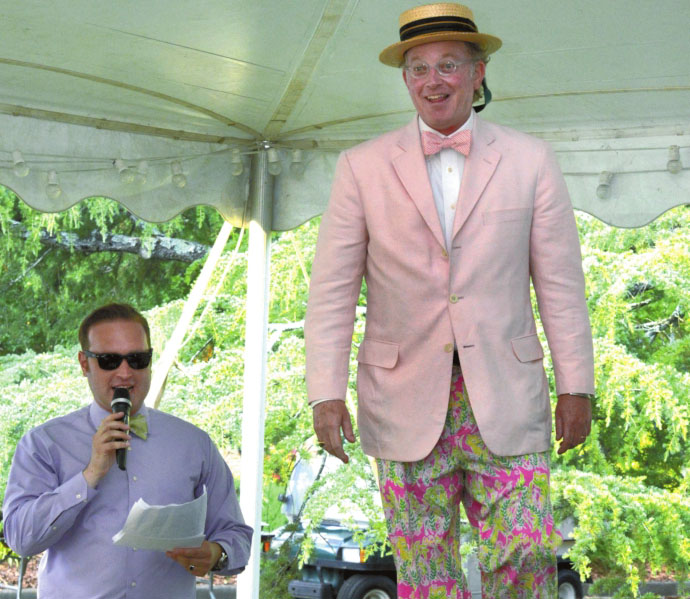 Those savvy Southern gentlemen are back in high cotton.

High Cotton, a men’s fashion show benefiting the Family Crisis Council, is back for its sophomore year. This time, about 30 local guys will be strutting their stuff on the lawn of the Hambley Wallace House, 508 S. Fulton St.

The event is set for 5:30 p.m. Saturday, May 14, and will again be emceed by Justin Dionne, managing artistic director for Lee Street theatre.

Dough Girls catering of Kannapolis will be providing delectable treats, and Salisbury Wine Shop will be serving wine and New Sarum beer.

Tickets are $60 per person and RSVPs are due May 6.

Last year’s event raised $32,000 for the Family Crisis Council, and Renee Bradshaw, executive director, hopes this year will be even more successful.

“It’s been tougher to raise money this year,” she notes. “I’ve been hearing that everywhere. We have such great needs here.”

Bradshaw, however, has had no trouble finding models.

“A lot of them called us this year,” she says. “I think they had a blast last year. I think people had a good time.”

One of those models is Rick McCombs, owner of Sidewalk Deli.

“Fifty percent of their wives picked out their outfits, 30 percent of the men picked theirs out, and the other 20 percent put on the only seersucker suit they had,” McCombs reports.

So was anyone nervous last year?

“They were serving drinks, so we were all fine,” McCombs admits. “Plus there was a lot of camaraderie. We were all building up each other’s egos. It was all for laugh, but it’s a perfect cause.”

Sadly, Jay Dees and his famous — or is that infamous? — pants won’t be here this year. Pink and green men’s Lilly Pulitzer trousers. You just had to see them to believe them.

And rumor has it that Ralph Wagoner, 100, a longtime agency supporter who brought down the house — er, tent? — last year with his turn on the runway, might just make a command appearance.

Bradshaw plans to use funds raised from this year’s event to revamp the website and assist underserved populations in Rowan County, along with providing more services to the community and outreach in the schools.

With the formation of a SART team (Sexual Assault Response Team), Bradshaw aims to strengthen relationships with local law enforcement agencies, the district attorney’s office, and the hospital.

“We always need volunteers,” Bradshaw adds. Although volunteers who work directly with clients must complete training, there are also needs for volunteers to help collect donations, buy groceries, assist with office tasks, and more.

“There’s always something to do,” Bradshaw says.

The council has support groups for victims of sexual assault, domestic violence and incest, as well as a new peer group for men who are sexual assault victims.

The agency has a Spanish interpreter available and is handicap accessible.

“We serve everybody,” Bradshaw says. “We’re the only crisis line in Rowan County, so we do a lot of referrals to other agencies in town.”

The Family Crisis Council is a United Way agency.

“We could not make it without United Way support,” Bradshaw says. “They represent a big percentage of our funding.”