Trip to France brings culture to life for Catawba students 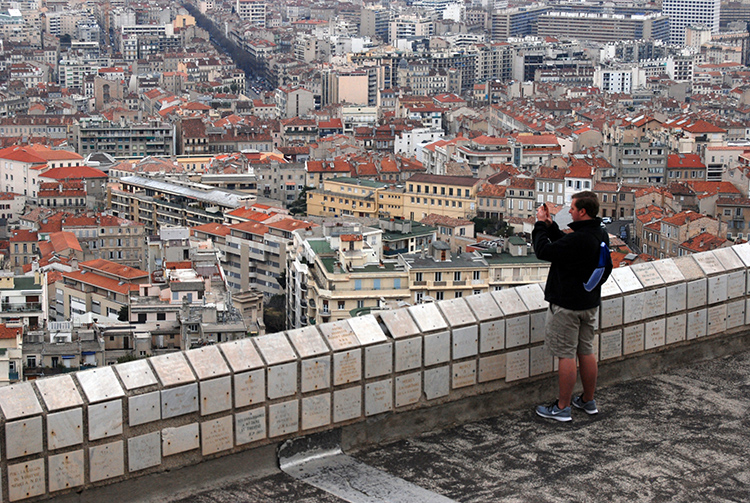 “(I believe) the world is global and France has a huge impact on many countries and continents,” Dr. Marie Langhorne, a professor of Modern Foreign Languages at Catawba said on the importance of teaching courses related to French language and culture at the college.

On March 4, 19 students and 3 faculty members, Dr. Marie Langhorne, Dr. Steve Coggin, and Mrs. Ann Clifton, departed for a nine-day trip to France. The trip was the experiential portion of Langhorne’s spring semester French Culture class. In it, students are learning about the French government, education, and the importance of the French Revolution. They also are studying about the different regions of France through individual in-depth research.

In France, students visited Paris, the Palace of Versailles, Avignon, Aixen Provence, and Arles. While visiting these different cities, they learned the history of these major landmarks, tried different food and drinks, and experienced French culture first-hand. The students traveled in the TGV, the double decker fast train, to be able to get around France at record speed of 160 miles per hour.

While in Paris, the class took a guided tour of the major landmarks of the capital. They visited the site where the shootings in France occurred in November 2015, and took a river boat cruise down the Seine River. Students visited the Pere LaChaise cemetery, which is the largest graveyard in France, where many famous people have been buried. Also, the students were surprised with a dinner at the Eiffel Tower.

Students also visited the Louvre, the Arc de Triomphe, Saint-Rémy-de-Provence, the Palace of Popes in Avignon and the Palace of Versailles.

At the Palace of Versailles, in addition to its art and architecture, the class also learned the history behind the Palace of Versailles, including information about King Louis XIV and his reign. They learned that King Louis XIV’s monarchy played a role in the French Revolution and the bankruptcy that France experienced during the late 18th century.

French cuisine was an important part of the class tour in France. Breakfast included meat, cheese and fruits, while dinner consisted of multiple courses. Wine was available at each meal as is the tradition in the European culture. Some food and beverages that they tried on the trip included escargot, crepes, eclairs, hot chocolate, macaroons, burgundy beef, and French fries.

The students came back with new memories and many pictures of their trip. Dr. Langhorne shared, “This trip was a lot of work and planning, but well worth it when you see the joy of the students enjoying France.”

Sam Reeder, one of the students who went on the trip wants other students to know, “Out of all the things you have to do in college, make sure that traveling abroad is one of those things. Experience different cultures and broaden your horizons and understanding of the world. Do it now while you are young because you never know what the future holds!”