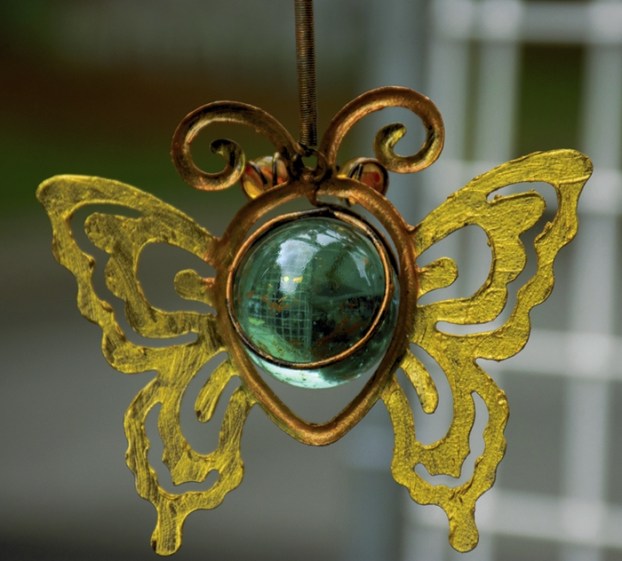 Artists and artisans showcase their work at the festival. Photo by RomanDA Photography

Originally started by volunteers, the program now partners with the City of Kannapolis. Kaleidoscope Cultural Arts Festival kicks off its fourth season in downtown Kannapolis on Saturday, with more than 50 arts and culture vendors set up on West Avenue. Kaleidoscope celebrates all forms of arts and culture, focusing on a family friendly environment.

KANNAPOLIS — Kaleidoscope Cultural Arts Festival kicks off its fourth season in downtown Kannapolis on Saturday, with more than 50 arts and culture vendors set up on West Avenue.

The festival will also feature local food trucks, belly dancers and children’s outdoor theatre with the Cabarrus County Pretenders, as well as a Kid Zone where children can have their photographs taken with paintings of characters from “Despicable Me” and “Minecraft.”

First launched in 2013, the festival started off with four events and has slowly grown each year and will feature six festivals this season, one of which will have a zombie walk as part of the festivities.

Originally started by a group of volunteers, who form the Kannapolis Arts division of the volunteer organization Downtown Kannapolis Inc., the program has grown thanks to its partnership with the City of Kannapolis.

“The city got involved because we value community groups who share our civic pride, especially in the arena of cultural arts,” said Kannapolis Deputy City Manager Eddie Smith. “The festival’s enthusiasm is infectious and promotes a creative and healthy life.”

The festival is also a part of the Kannapolis Arts program, which showcases local artists by displaying their art work in the empty windows in some of the downtown Kannapolis store window fronts.

The partnership with the city has allowed the festival to grow and meet different individuals in the community, and showcase local talent, including Concord’s belly dancing troupe, Queens of D’Nile Studio.

The troupe will be returning to the April 30 festival and has been among the founding groups at the festival since its 2013 inception.

“Queens of D’Nile got involved from the very first Kaleidoscope festival because there are so few events like it in the Kannapolis/Concord area. There is an abundance of local artists, craftspeople, musicians and performers, but a sore lack of venues in which to display those talents,” said Wendy Konzelmann, co-owner and co-director of Queens of D’Nile Studio. “Kaleidoscope offered an opportunity not only to bring artists of all kinds together, but to also bring in people of all ages to enjoy performances, arts, crafts, music, demonstrations and food.

“And the festival has really grown and branched out, drawing in bigger crowds and expanding the number and type of vendors and performers over the years.”

Another group that has participated in the Kaleidoscope Cultural Arts Festival since its beginning includes the local poetry group, Guerilla Poets.

“We’ve had some amazing experiences at Kaleidoscope,” said Shane Manier, who organizes Guerilla Poets. “One woman came up through the crowd after hearing the poetry and hugged me crying, saying she needed to hear it, that it’s been a rough year for her. We also gained our youngest member ‘Passenger’ from the arts festival. We get to buy other artists art — we basically are trading art to show support — and we grow in friendships with the new artists we meet. So many humble, talented beautiful souls come out to this event — and we look forward to each one, we feel rejuvenated and inspired each time!”

Kaleidoscope celebrates all forms of arts and culture, focusing on a family friendly environment that has a PG to PG-13 rating and has included visits from Carolina Renaissance Festival participants as well as the local Hearse Club, who will be attending the zombie themed event Aug. 20.

Carla Pressley, with the Reapers Rides hearse club, has provided hearses during the Halloween themed Kaleidoscope events each October and has gone on to become a volunteer with the organization.

“I also set up as a vendor with Carla’s Creations at Kaleidoscope,” Pressley said. “I hand make zippered bags, pouches, patches, custom machine embroidery. I really enjoy bringing both of my worlds together! I am super excited about 2016 when we have our very first zombie themed Kaleidoscope.”

The festival has grown to include painters, pottery makers, dancers, theater performers, poets, farm goods and basically anything handmade and homemade. The festival strives to exclude commercial vendors, focusing on creative individuals in our community.

That’s one of the reasons the Kaleidoscope Cultural Arts Festival has not charged vendors to set up during its first three years, including artists to participate. Some artists often have their first festival experience with Kaleidoscope.

The open community encourages collaboration among local artists and performers, trying to build a network where all the creative people in the community get to know one another and work together.

David Roman, a Kannapolis based photographer, has seen that community first hand.

“The arts festivals have been wonderful opportunities to get to know other local artists and show my work to people who would not see it otherwise,” Roman said. “I meet art gallery owners, get my work in their gallery, and make some great friends. It’s a great way to get involved in the local arts scene.”

Justice is served at the Meroney Theater next week

Josh Wainright, PPT Marketing Director The story of the small Southern community of Clanton, Mississippi torn in half by an unspeakable... read more