Justice is served at the Meroney Theater next week 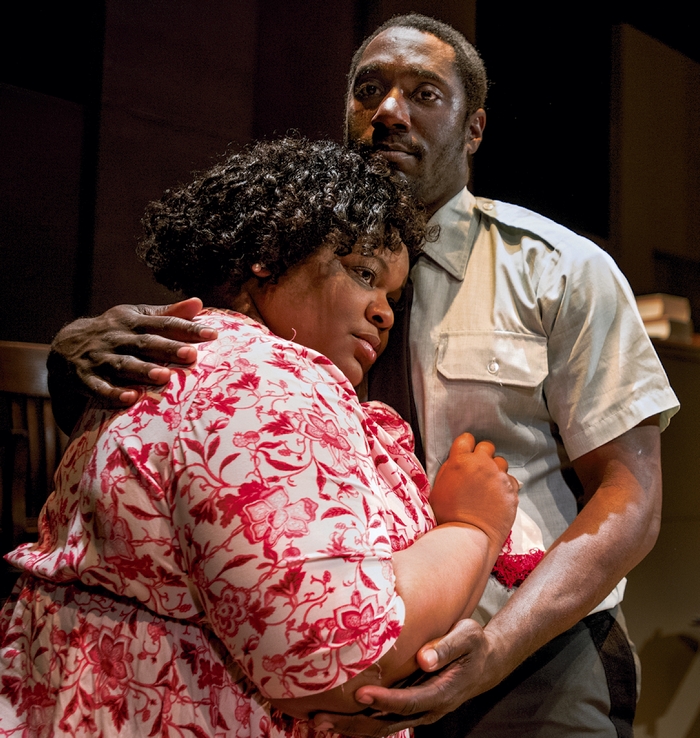 The story of the small Southern community of Clanton, Mississippi torn in half by an unspeakable crime, “A Time To Kill” is the gripping stage adaptation of John Grisham’s incendiary novel about race, crime, and family in small-town America that asks the question: when is it right to take justice into your own hands?

Carl Lee Hailey (Justin Davis) is a heartbroken black father who avenges his daughter’s brutal rape by shooting the bigoted men responsible for the crime as they are on their way to trial. As the shocking news hits the public amid the racial divisions in the Deep South of the 1980s, small town America becomes the center of a media storm, where innocence is the victim, race is on trial and lives hang in the balance.

Suddenly under arrest and facing a capital murder trial, the grieving father enlists the help of young, idealistic attorney Jake Brigance (Joseph Cody), who sees Hailey’s act of vengeance against the racist men who attacked his daughter as a desperate bid for justice, and he’s willing to risk everything to defend his client’s life.

With the help of disbarred and often inebriated mentor Lucien Wilbanks (Gary Thornburg) and an ambitious young liberal law student Ellen Roark (Javaneh Makanvand), Jake goes head to head against Rufus Buckley (Marc Trent Tucker), a district attorney with an eye on the Governor’s mansion. In a courtroom presided over by no-nonsense Judge Omar Noose (Brien Lewis), in a county with a racial makeup that virtually guarantees an all white jury, the trio faces seemingly impossible odds.

This is the first time a work of Grisham’s has ever been adapted for the stage. The novel was originally given a modest 5,000-copy printing, but after The Firm, The Pelican Brief, and The Client became bestsellers, the book was republished and itself became a bestseller — a feat Grisham has accomplished 24 times, totaling more than a quarter of a billion books sold.

Set almost entirely in the Ford County courthouse, PPT’s version puts the audience in the jury seats, thanks to a rotating courtroom set designed by Reid Leonard, that makes the production feel virtually interactive. An ensemble cast of 16 will bring Grisham’s legal thriller to life at the Meroney Theater beginning next Thursday.