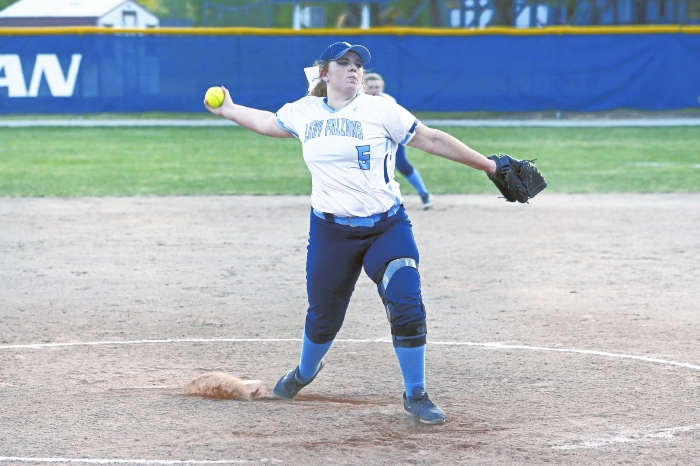 MOUNT ULLA — West Rowan’s softball team pulled out a 1-0 win on Tuesday against Cox Mill and moved back into a tie for first place with Hickory Ridge.
Cox Mill (13-6, 13-4) fell into third place.
West (16-4, 14-3) will play at Hickory Ridge for the regular-season championship. That game is scheduled for today at 5 p.m.
Peyton Greene struck out 10 in the circle for the Falcons and limited Cox Mill to four hits. West’s defense didn’t make an error behind her.
West scored the only run of the game in the fifth after Camryn Nooner was hit by a pitch. Nooner moved to second when Alex Linder reached on an infield error and scored when Taylor Martin doubled down the left-field line.
Martin had two hits for the Falcons, while Peyton Greene, Parker Greene and Mary Sobataka had one each.
Carly Kruse, Kristen Stafford, Chelsea DiGregorio and Bailey Johnston had hits for Cox Mill.
Cox Mill pitcher Madison Michael struck out four.