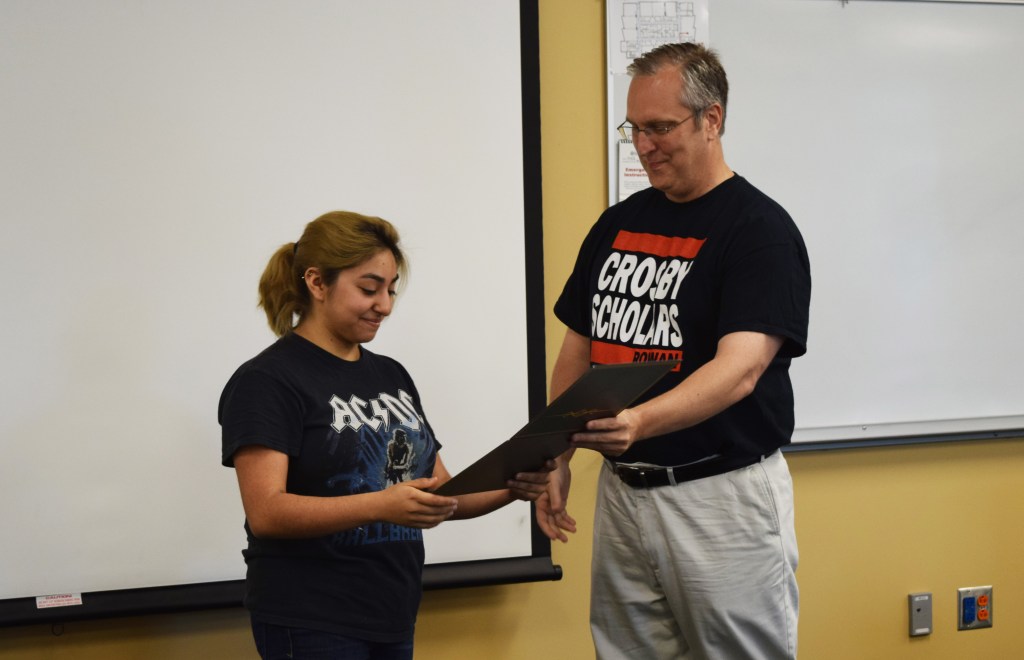 SALISBURY — Dora Gonzalez, a Crosby Scholar and junior at Rowan County Early College, thought she was just writing a regular thank you letter. But to Educational Testing Consultants co-founder and CEO Steven Shotts, it was something special.

In the past year, Shotts said his organization worked with over 3,000 students. He received one thank you letter – Gonzalez’s.

“That’s not an exaggeration,” he said.

The Tallahassee-based company offers test preparation classes at colleges and universities throughout the Southeast, and donates in-kind services to Rowan Crosby Scholars to help its students prepare for the SAT and ACT.

Gonzalez said she’d taken part in the service project before, but this time project leaders encouraged students to make the letters personal. In addition to thanking Shotts for his donation, Gonzalez talked about her dreams of going into marketing.

“It was really personal, which touched me in a way,” Shotts said.

Shotts said he keeps Gonzalez’s letter on his desk and that he, and his organization, wanted to give back to Gonzalez. They thought about giving her a scholarship, but Shotts was impressed by the initiative Gonzalez showed and by her plans for the future.

“We wanted to support that,” he said.

So at a Friday Crosby Scholars “Lunch and Learn” at Rowan County Early College, Shotts thanked Gonzalez for her letter and offered her a paid internship with his marketing department.

At first, Gonzalez was speechless, but she accepted.

Gonzalez wants to go into marketing because she likes “the idea of being in an ever-changing environment,” and said she’ll probably do her internship this summer. She laughed and said she’d probably end up writing another thank you letter.

“For every day of the internship I’ll be saying thank you,” she said.

Peace offering: Runners zip through Rowan with message of…