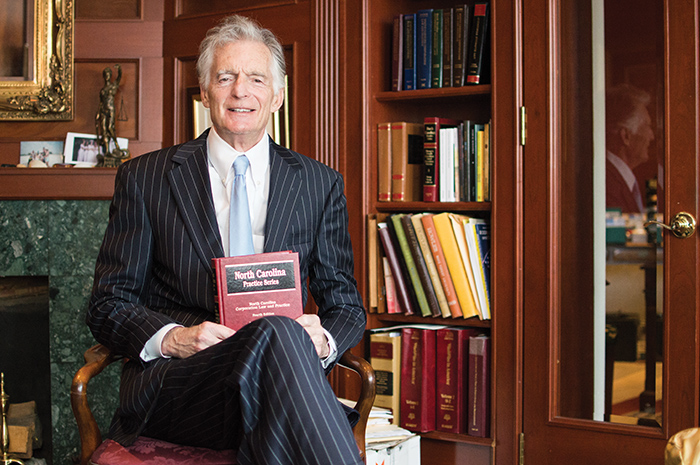 In his bid for Congress, Lexington attorney Jim Snyder is putting his focus on two issues he says other candidates don’t talk about — torture and abortion.

“I hate torture and I hate abortion,” he said. “Torture includes waterboarding, by the way.”

Citing torture, Snyder said “the ends always seem to justify means.” He said the statement especially applies in war situation. He called torture a “sore on the soul of America.”

Intelligent cross-examination, he said, is better than torture in all instances. Liking it to being an attorney, Snyder said any well-trained person would be able to conduct a successful cross-examination of enemy combatants during war.

Similar to torture, Snyder’s stance on abortion is absolute.

Snyder said he doesn’t believe in allowing abortion for the most commonly agreed-upon exceptions — rape, incest and the health of the mother. The mother is “a carcass” for an unborn child, he said.

Aside from policy positions, Snyder also distinguishes himself from other candidates by noting his professional accomplishments. Snyder has written a number of books that are hundreds of pages. Some of them, he says, were written in just a few weekends.

“If I can do that, I can do other things simpler and easier,” he said. “You’ve just got to sit down and figure them out.”

Synder’s books focus on topics that include: conservative philosophy; prayers pertaining to legal topics; turning short, simple words into complicated ones; and a book about writing a book in one day.

On policy topics, Snyder’s views match up similarly with other candidates. For example, he supports giving authority over school curriculum to states rather than the Department of Education.

“I’m not saying the Department of Education hasn’t done some good, but it’s just unnecessary,” he said.

During the 2016 presidential campaign, various ideas about immigrants have been tossed about – building a border wall and sending all illegal and undocumented immigrants back to his or her origin country.

Snyder didn’t explicitly say whether he’d support a wall on America’s southern border. However, it may be necessary, he said.

On illegal and undocumented immigrants, Snyder said he doesn’t believe in a path to citizenship. He is OK with immigrants being able to live and work in the country without citizenship.

“Anyone who has come here illegally should not be a citizen, but they can be a card-carrying American resident,” he said.

He said America was negligent in allowing immigrants to come to the United States illegally and without proper documentation. As a result, they should be allowed to stay.

“If you’re contributory negligent, you lose,” he said.

Snyder will face off against 16 other Republicans during the June 7 primary election. His 2016 political aspirations are the latest of several. His most successful was in 2004, when he secured the Republican nomination in the lieutenant gubernatorial race. He also ran in the 2002 Republican primary for U.S. Senate. He faced a couple familiar faces in the race — former U.S. Sen. and Salisbury native Elizabeth Dole and current GOP National Committeewoman Ada Fisher. He ran for Republican nomination for U.S. Senator again in 2014.

If elected, Snyder said he would use his knowledge “to come up with ideas to help the whole country.”