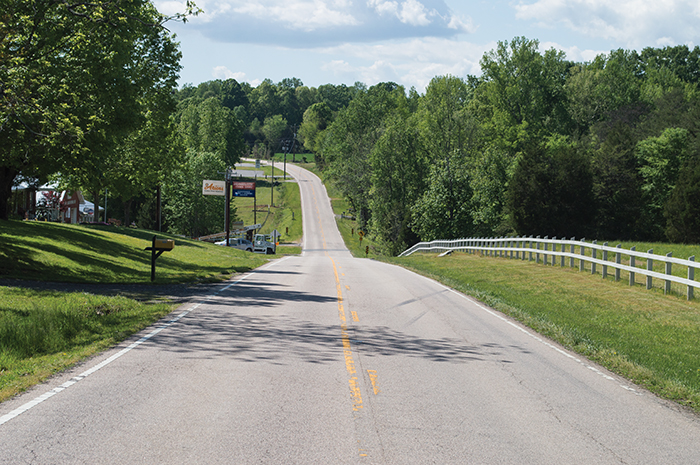 ROCKWELL — Brothers Randy and Rodney Goodman haven’t seen much luck lately in an uphill battle on a winding road in southeast Rowan County.

The pair of brothers hope to alter the widening of Old Beatty Ford Road near Rockwell. Department of Transportation staff plan to add a couple feet to each side of a stretch of the roadway. Instead, the Goodman brothers hope DOT staff will add four feet on the road’s northern side of the road near the Goodman’s lawn and garden repair shop.

Adding four feet to the north, instead of splitting the distance, would cost less and affect fewer houses, according to the Goodman brothers. The Goodman brothers also say property owners on the north side of the road are OK with allowing contractors to shift the road four feet in one direction.

So far, the Goodmans say they’ve resisted efforts by state officials to purchase their property.

“It just seems like the DOT went ahead and planned it before they heard our side,” Randy Goodman said.

DOT staff held a public hearing to gather input before finalizing the project, but Randy Goodman said it seemed as if neither he nor his neighbors were taken seriously.

Division 9 Engineer Pat Ivey, who is scheduled to meet with the Goodmans this week, said DOT staff did seriously consider shifting the road. Widening the road four feet to the north “simply isn’t feasible,” Ivey said.

“It’s not as simple as shifting away from the properties,” Ivey said. “It’s one of the few straight sections of Old Beatty Ford Road … We simply can’t bow the road out to miss these properties.”

The project in question includes widening Old Beatty Ford Road from Lentz Road to Lower Stone Church Road, Ivey said. Current plans would take away part of the Goodmans’ lawn and garden repair shop, require DOT staff to replace or remove a drainage pipe and shift the road closer to several businesses. The alternate proposal would be on empty land. However, the Goodman brothers were given cost estimates that show their alternate proposal costing $94,000 more than current plans.

For residents of south Rowan, the winding nature of Old Beatty Ford is familiar. It starts in Landis, turns and twists until it passes I-85 and continues curving through rural Rowan until reaching Stokes Ferry Road near High Rock Lake.

Ivey said adding two feet to each side of Old Beatty Ford Road would keep “one of the few straight sections” of Old Beatty Ford Road consistent. He counters that the alternate proposal — four feet to the north — would involve a shift across the entirety of the widening project, not just in front of the Goodmans’ business. He said the alternate proposal would be more expensive — as cost estimates show.

The Goodmans’ proposal would create an entirely new curve in an already winding road that’s seen a significant number of car accidents, Ivey said. The latest, Rodney Goodman said, was an accident that involved a car crashing into a power line on Friday morning.

“I don’t know what else to do about this, but all I’ve got is a voice and I plan to use it,” Rodney Goodman said.