Back Shop at Transportation Museum being renovated 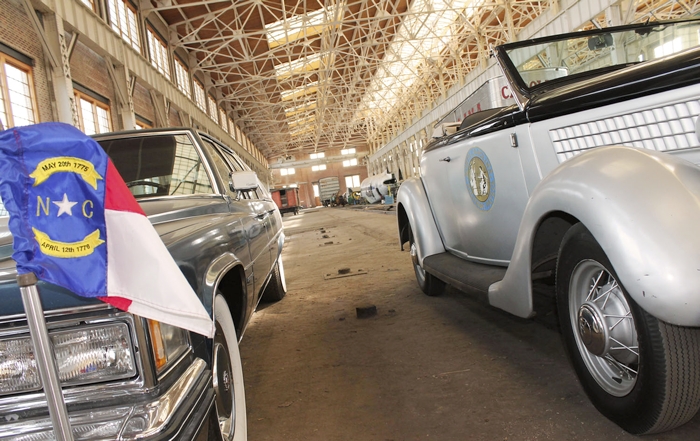 Submitted photo More renovations will allow visitors to tour the Back Shop at the N.C. Transportation Museum.

SPENCER — Created in 1905, the centerpiece of Southern Railway’s largest steam locomotive facility in the southeast, and the largest industrial building in North Carolina in its day, the Back Shop at the N.C. Transportation Museum will soon be fully accessible to visitors. Work began this week on a project that includes extensive visitor improvements to the historic structure.

“This project is one of the largest that the museum has seen and will have the biggest positive impact to the visitor experience since the Roundhouse opened in 1996,” Transportation Museum Executive Director Kelly Alexander said in a news release.

The Back Shop was one of the first buildings constructed at Spencer Shops and was used for the full overhaul of steam locomotives. The massive structure could accommodate 12 locomotives at one time, and refurbished locomotives were completed at the rate of one engine per day.

The building fell into extensive disrepair following the closure of Spencer Shops, however, with hundreds of broken windows, a collapsed roof, and serious issues to the building’s integrity.

In 2006, a new roof and windows were installed, the structural integrity of the building was assured, and the brick was repointed. Those efforts preserved the structure, and in 2011, the museum opened the Back Shop to visitors. Due to uneven ground level flooring, open drop pits previously used for steam engine repairs, and a lack of visitor facilities, access was limited to wooden decking just 12 feet wide on one side of the building.

At the end of the seven-month contract that began this week, flooring will be expanded to cover 20 percent of the Back Shop’s south end with an additional walkway covering the entirety of the building’s 596-foot length. Sprinklers and a fire alarm system will be installed along with new visitor restroom facilities, making the building accommodating to visitors, increasing exhibit space, and allowing for event rentals.

“The building is a truly impressive structure, three stories high and two football fields long. Just to walk through is impressive, and combined with the additional exhibit space and experiences we’ll be able to create for the visitors makes this a very exciting project,” said Alexander.

While improvements to the Back Shop are the primary focus of this project, work began on a far smaller scale and on a far smaller structure. The museum’s outdoor restroom facility is receiving a complete overhaul as well. Located adjacent to Salisbury Avenue in what was once the power distribution building for Spencer Shops, those facilities should reopen before the museum hosts the annual Day Out With Thomas event in late September.

The contracted work is being performed by Eric Ferguson with Progressive Contracting from Sanford, the same company that recently finished Phase I of the rehabilitation of the museum’s Powerhouse and the Phase 1 Repairs Package project.

Funding will be provided by the state of North Carolina from Building Repairs and Code Compliance appropriations and the N.C. Transportation Museum Foundation. Each will pay half of the $1.66 million construction contract.

Moped owners will have to have insurance by July…