Your assessment of the 2016 election is way off 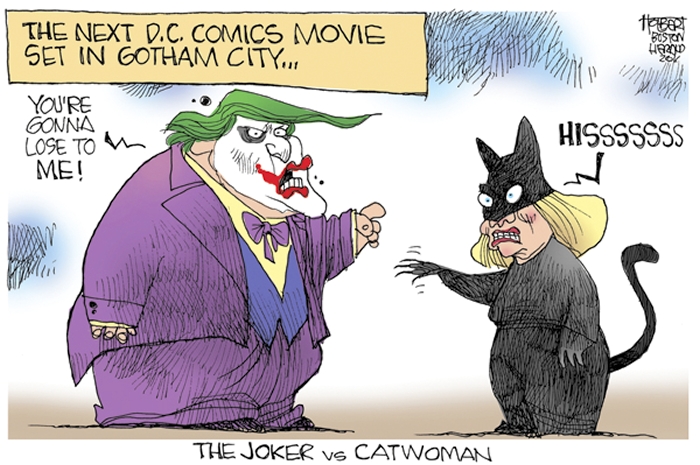 Call it “the big sort” or “demographic clusters” or whatever you like, it all comes down to the same thing: Even as Americans talk more and more about diversity, they are increasingly dividing themselves into like-minded bubbles where other people, with other experiences and viewpoints, almost never penetrate. This is the message of books by Charles Murray and Robert Frank, and indeed of our own social media feeds.

All of those articles on “how to talk to your family about politics this Thanksgiving” might as well be called “how to discuss politics on the one day a year when you find yourself in a group that has not been hand-curated to remove dissenting viewpoints.”

I include myself. I live in one of the most rarefied bubbles, a community of policy-focused knowledge workers. Even socialists here in Washington are often notable for their lack of personal familiarity with their side in the class war. Outside of family circles, I almost never meet anyone who does not have a college degree and a 401(k), unless I’m buying something from them or speaking at a university to people who are on their way to having a college degree and a 401(k).

Social media makes this problem worse. Even if we are not deliberately blocking people who disagree with us, Facebook curates our feeds so that we get more of the stuff we “like.” What do we “like”? People and posts that agree with us. Given that Facebook seems to be the top news source for millennials, that matters quite a lot.

It’s only natural, then, to wonder if the increasingly impenetrable bubbles are affecting our politics — particularly the current campaigns, in which two angry outsiders are mounting serious challenges to the major parties.

Specifically, I’m wondering about an odd phenomenon that I’ve noticed: the number of Donald Trump and Bernie Sanders supporters, and to a lesser extent, the supporters of Ted Cruz and Hillary Clinton, who seem to genuinely believe that there is a silent majority of folks out there who agree with them. Over and over I have asked these folks what they think will happen in the general election, given their candidate’s significant handicaps: Trump’s vulgarity and sky-high unfavorables, Sanders’s huge-government agenda, Clinton’s scandals and well-at-least-they’re-better-than-Trump favorability ratings, Cruz’s unappealing style and reputation as the hardest of ideological hardliners.

The responses I get range from surprised blinking, to an explanation that my bubble is keeping me from understanding what “real people” think, to babble about the weaknesses of the other candidates. I have been assured, with complete confidence, that “no one” will vote for:

• Donald Trump, because he’s a bigot

• Hillary Clinton, because of the Benghazi and e-mail scandals

• Bernie Sanders, because he’s a socialist

We are apparently facing four years of the “none of the above” administration.

These people are not exactly wrong about the weaknesses of their opponents. But they all vastly overestimate the strength of these objections. They seem to believe that their own personal revulsion is natural instincts, shared by all but a tiny, mad slice of the voting public. I used to see this in Manhattan, where the population was not only homogenous but also in charge of much of the media. But thanks to that media, the rest of the country was at least aware that a powerful chunk of the electorate disagreed with them on many, many things.

What creates this utter certainty among a broader and broader slice of the electorate? It’s not just geographic sorting. That’s been going on for a while. It certainly affects congressional districts and the red-blue divide, but it does not explain the illusion that the rest of the country agrees with you.

The Internet creates that sense of universality even as it is curated into an increasing personal uniqueness. You don’t see the algorithms that fill your social media feed and your search results with tidbits you will find congenial, so it’s easy to think your bubble is more representative of the world than it actually is. We’re now all virtual Manhattanites, consuming a media diet tailored to our political tastes, without knowing how much has been left on the digital cutting-room floor.

This helps explain this campaign: how so many voters have become astonishingly indifferent to the electability of their major party candidates. Republican primaries that used to follow something close to the “Buckley Rule” (nominate the most conservative candidate who can win a general election) now have:

ν A billionaire outsider who combines record unfavorables with very high name recognition, meaning that those unfavorables are unlikely to change

ν One of the most conservative men in the Senate, who is best known as the ringleader of the effort to shut down the government in the middle of the Obamacare exchange debacle.

If you actually wanted to win a general election, none of these three would be the ones you’d have voted for in the primary.

The Democrats are doing a little better, in part because their elites have better control of the nominating process. But after they spent years clearing the field and rolling out the red carpet for Clinton, she has nearly seen her candidacy derailed by a septuagenarian self-proclaimed socialist who seems to be running for president of Denmark. Why has such a large chunk of the party that settled on Bill Clinton, Al Gore and John Kerry decided they’d rather have a re-enactment of the McGovern campaign?

I submit that the answer is a sort of mass delusion. People aren’t just angry; they’re also out of touch with the possibility that other people aren’t angry, or at least, not angry in the same way, at the same people. And the result is political chaos.

Scientists say one of the most important stages in cognitive development is developing a “theory of mind,” in which we’re able to distinguish other people from ourselves, to understand that they do not necessarily agree with everything we believe, and to predict how those people might behave in various circumstances. Voters in primary season used to have a sort of political theory of mind, casting votes based on their predictions of how other people, very different from themselves, might vote in a general.

Now I worry that we’re regressing to a toddler stage, in which people can no longer predict what the other side will do, or worse — in which people are not even aware that there is another side that doesn’t share their thinking.

Start dreading November. This new obliviousness is bad enough for us as individuals at Thanksgiving. It’s going to be even worse for our nation on Election Day.