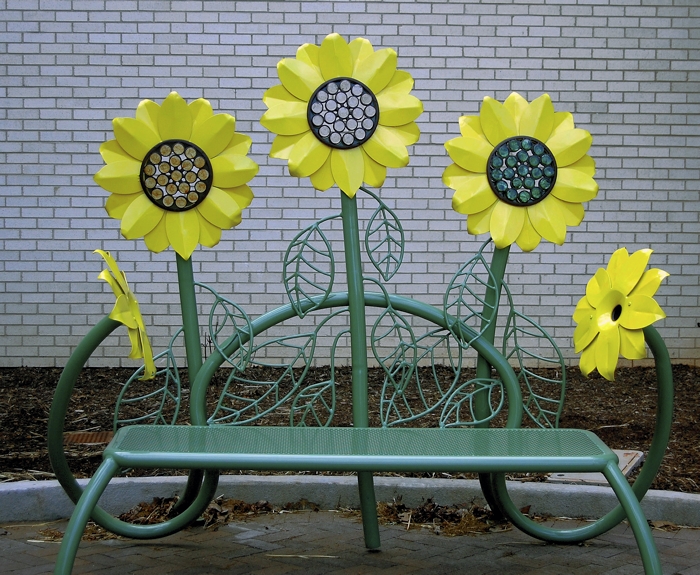 The sculpture show has returned to the city for its eighth year. Organized by the Salisbury Public Art Committee, the Salisbury Sculpture Show beautifies the city and brings in art pieces from different states.

This year, 18 sculptures are scattered around Salisbury’s downtown area and three colleges. The featured artists are from North Carolina, South Carolina, Pennsylvania and Michigan.

The Salisbury Public Art Committee is able to organize the show every year through private donations, grants from the Salisbury Community Foundation, Robertson Foundation and Rowan Arts Council and funds from the city of Salisbury and the Salisbury-Rowan County Convention and Visitors Bureau.

According to Lynn Raker, urban design planner for the city, the committee tries to raise most of its funds by selling the art pieces. Four were sold this year.

The committee calls for entries in the fall and a selection committee picks the pieces that will be featured in the show.

The sculptures and their locations are: