Do hearts ever mend after love breaks them? 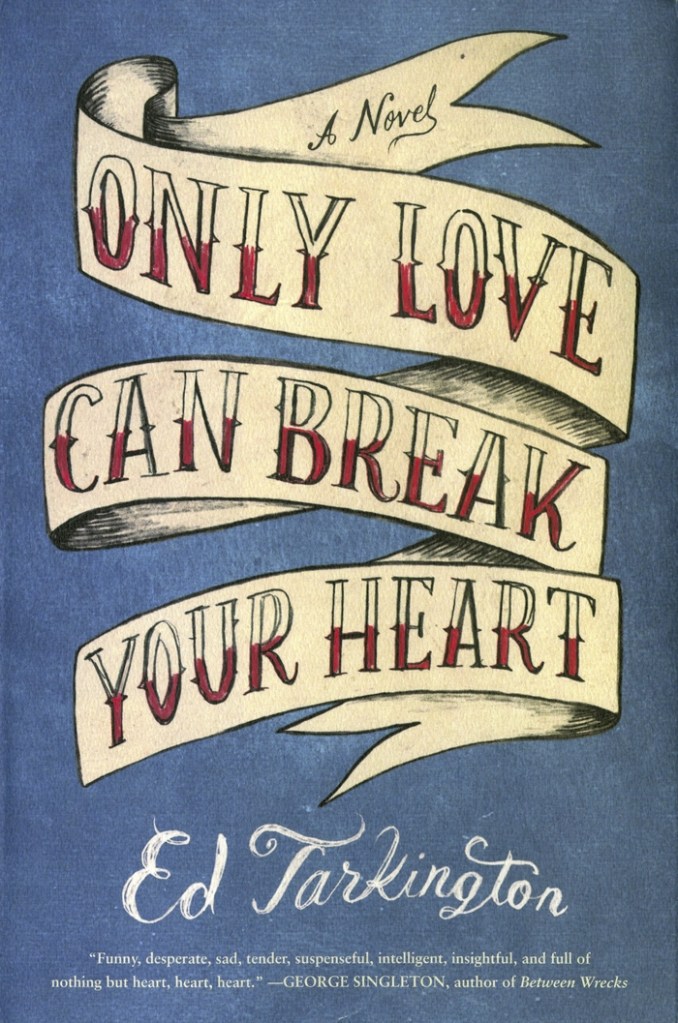 The debut novel, “Only Love Can Break Your Heart,” is a heartbreaker and a heart mender.

Author Ed Tarkington has a strong voice and skills that elicit emotional responses from this story of families and loss.

The narrator, Richard “Rocky” Askew, isn’t afraid to tell it like it is, because he starts out as a small child in the 1970s in rural Virginia, up near the Blue Ridge Parkway.

Rocky idolizes his older brother, Paul, who is a troubled teen, chain-smoking and listening to Neil Young and other rebellious rockers. He stands on the edge of success and failure.

Their father, the Old Man, is gruff, too busy to spend time with them, or maybe afraid of them. Paul is his son from first wife, Anne, a bitter alcoholic. Young Rocky belongs to his second wife, who resents Paul and blames him for any troubles the family has.

Paul’s girlfriend, Leigh, is the daughter of a judge in town who looks down on Paul’s family. The Old Man worked his way into money; it didn’t come to him through a silver spoon.

You’ll see shades of Romeo and Juliet here with Paul and Leigh, much symbolism of a tragic story yet to come.

Tarkington makes Rocky the narrator you want to hold by the hand, the teen you want to embrace. But he’s also the unfiltered boy surrounded by troubled adults, the boy who has seen and knows too much and too little.

Tension builds when Paul takes Rocky out of school to visit Leigh in college. She wants space. Paul wants anything but and in his anger and resentment, leaves Rocky in the dark on a mountain ledge after giving him beer and cigarettes, which makes the boy feel grown up and violently ill.

When Paul comes back for Rocky, we see the future unfolding in just a few words.

“Paul kneeled and grabbed me by my shoulders and pulled me into him. He held me there, unsteady on his knees, his arms shaking. I could hear his heart rumbling in his chest like the beat of a fast, familiar song.

“When I think of that moment, there on that hill, I imagine Paul standing at the edge of a terrible abyss.”

He disappears, and so does Leigh.

Rocky is left with his brother’s reputation. He hears speculation and criticism all the time. Is Paul dead? What about the girl? The Old Man settles into a funk and all but shuts the door on young Rocky.

It’s in those tough adolescent years that Rocky discovers the joys of sex from his much older neighbor, Patrica Culver, in the hay loft of the Culver horse barn. The Culvers are a problem. Patricia’s father, Brad, once shot Paul in the leg up at what was then the abandoned mansion. The Culvers look down on the Old Man, and on nearly everyone else in town. Rocky feels like he’s doing something to get back.

Remember the old saying, “Pride goeth before a fall”? As the Old Man says one day, the Culvers will get theirs.

Patricia is a strange one, and she’s addicted to the boy-man Rocky has become, as much as he is addicted to his hormones.

After the Old Man invests in a new scheme with Brad Culver, things go bust, and Rocky decides to get himself expelled from the fancy prep school Paul attended. He does it in a most spectacular way.

Complications mount in Rocky’s life. The public high school is a different world, and his only friend seems to be Cinnamon, a girl who has a string of lanky bass guitar players as her regular escorts.

Newfound knowledge provides a strong current of dread, as Rocky and the people he cares about are thrust into sadness, suspicion and danger. Age, drink and stress take their toll on the Old Man.

With a Southern gothic flair, Tarkington writes a shocking and violent  incident that brings into question everything the reader thinks he or she knows, creating a page turner in the midst of this story.

The question of who is responsible for the horrible act hangs heavy, with fingers pointed everywhere. The resolution is chilling and redeeming. It speaks of terrible anger, but then turns to hope for others who have already suffered.

“Only Love Can Break Your Heart” is an affecting debut, a novel that raises questions about what makes a family and how to love each other enough. Tarkington’s skills are worth the effort, and make for promising possibilities.